The National Advisory Committee (NAC) on Small Pelagic Resources in The Gambia was recently officially inaugurated at the Laico Atlantic Hotel in Banjul under the Sub-Regional Fisheries Commission (SRFC).

The project "Towards regional policies for sustainable fisheries for small pelagic in Northwest Africa," implemented by the Sub-Regional Fisheries Commission (SRFC), aims to support the process leading to coordinated policies and management of the small pelagic fisheries between the major countries bordering the Canary Current Upwelling system, which are The Gambia, Mauritania, Morocco and Senegal.

The project focuses basically on strengthening the institutions and instruments of cooperation for joint management of the shared stocks among the three Member States of the SRFC and the Kingdom of Morocco.

The committee said Mr. Hachim EL Ayoubi, the Project coordinator, visited The Gambia from Sunday, 15 to Thursday, 19 August 2010. His mission was in line with the extension and communication of the creation of National Advisory Committee on small pelagic as well as to spread and inform stakeholders about recommendations and results of the inaugural meeting of the NAC held in Banjul on 13 July 2010.

According to the meeting of the National Advisory Committee (NAC) for the management of small pelagic fish resources in The Gambia, a group made up of representatives of GAMFIDA, NAAFO and Fisheries Department will undertake a mission in the field mainly the seven landing sites.

The visit is meant to inform and upgrade the stakeholders for the creation of NAC, its objectives, mandate and members, as well as extension of the main results and conclusions from the inaugural meeting of the NAC. The action plan and activities scheduled will inform stakeholders on the importance of small pelagic in The Gambia, the characteristics of the resources and the need to strengthen their management on national and regional levels. 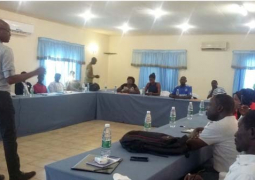 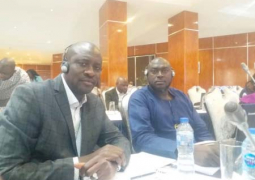