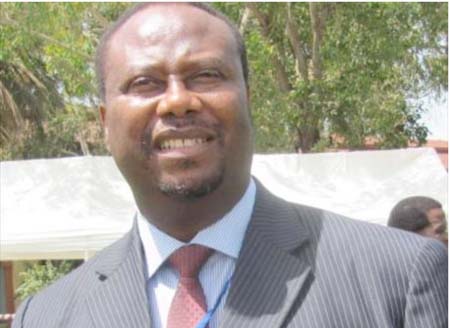 About 200 insurance professionals from within and outside West Africa are to converge in The Gambia for the 39th annual general meeting of the West Africa Insurance Companies Association (WAICA), scheduled for 23 through 25 April 2017.

The annual rotating meeting will be hosted by the Insurance Association of The Gambia (IAG), the umbrella body of insurance companies in the country.

It will be held at the Kairaba Beach Hotel on the theme: ‘Regional integration through uniform regional compliance’.

The delegates, expected to be arriving at the weekend, will be treated to a welcome cocktail on Sunday evening. The programme proper starts on Monday.

WAICA Secretary General William Coker said the AGM would discuss the need to harmonise the laws that govern the operations of insurance in WAICA member countries – The Gambia, Ghana, Liberia, Nigeria and Sierra Leone.

“We are aiming at a situation where we will have uniform laws in WAICA countries; all the laws that deal with the operations of insurance,” he said.

“The idea is to make sure that anybody who wants to move from one country to another, within WAICA member states, doesn’t have to start learning new laws as to how to start insurance business.”

Already, the Francophone states have such law in place; anywhere in Francophone Africa the law is the same as far as insurance operation is concerned.

“So it is similar thing that we are trying to initiate for WAICA member countries so we can have uniform practice,” Mr Coker said.

“In addition to easing the operation and further enhancing the growth of insurance companies, it will really help in the integration progress of the sub-region.”

Currently, all the English-speaking West African countries operate on different laws and some of the laws have been there since the countries attained independence; the recent ones are at least 20 years old or thereabout.

Mr Coker said most of such laws were put in place before the internet comes to play, particularly before the advent of the social media.

“Insurance business now mostly relies on the social media and telephony and because of that we have to update and unify our laws to keep up with standard,” he said.

“This is not to say that the laws we already have are not good, no. Definitely the laws we have would be the basis of what we would arrive at.  We are not going to discard our laws totally.  We are just looking at a situation where all of them would be harmonised to make it easier for people to do business in different countries.”

At the end of the forum, a communiqué containing the resolution of the meeting about the proposed harmonisation will be sent to the various governments of WAICA member states and further processes would follow suit.

Meanwhile, at the end of the 39th annual general meeting, WAICA presidency would change from the managing director of Industrial and General Insurance Plc, Rotimi Fashola of Nigeria to a Gambian.