Mr Buba Sarr, Chairman of the Community Assistant Group (), a group formed to act as the voice of the people, has called on traders to reduce prices of basic commodities.

The chairman, who visited our offices last Thursday with his adviser, Alhagie Antuman Njie Potie, said the Gambia is one of the most peaceful countries in Africa if not the world at large, and must do all it could to preserve that peace.

"The is one of the most peaceful countries in if not the world at large and must do all it could to maintain that peace," he said.

He noted that one way of maintaining that peace is food sufficiency.

"If the price of basic commodities are sky-rocketing above the earning of average Gambians they will not be able to afford it. This can cause high increase of crime, corruption and power abuse "he said.

According to chairman Sarr, the already known for its peace and stability, and admired by all, will not accept that peace tampered with because of the sky rocketing prices. This is what makes them form this association in 2003 as a group that will serve as a watchdog on prices of commodities by negotiating with traders on price reduction for the affordability of every Gambian.

He added that because of their concern, they registered the association at the Attorney General's Chambers in 2003. He said despite the being a free market, they fight tooth and nail to make sure that prices of commodities are affordable. This he said is done through negotiation with traders to reduce prices and avoid over-profit at the expense of the poor and average Gambians.

Quizzed as to the current prices of commodities, he said there are many developments and improvements especially on the price of rice and sugar.

'There have been many developments and improvements especially on the price of rice and sugar. It was a great thing and worthy of pride to see the president of the republic intervening for poor Gambians to afford rice at cheaper price. This is leadership by good example. We also commended AMRC for their support and concern for the welfare of the people.''

In his contribution the adviser of the association, Alhagie Antuman Njie, appealed to the Ministry of Trade to provide any possible assistance so as to bring significant improvement on price reduction. He said salaries compared to prices are unmatched and therefore should be the concern of everyone to make sure prices are affordable.

For the adviser, the speech of the Trade Union Secretary General during the recent May Day Sports is a welcome and encouraging one.

He remarked, "If the ministry of Trade calls for a Consumer Association, then we are ready to take up the challenges and responsibilities. We are doing the work of the Consumer Association Group. I totally agree with the Secretary General of the Trade Union's speech on May

Day Sports event regarding sky-rocketing prices, the need to increase wages and salaries significantly especially for low-income earners, and the setting up of a Consumer group to effectively address the problem of outrageously high commodity prices."

He however seized the occasion to call on Gambians to strive hard and work for the interest of the nation. He added that nobody would come from somewhere else to develop and salvage our situation, but rather ourselves. 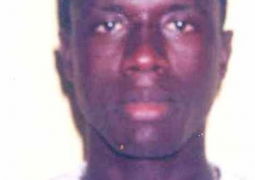