Real De Banjul, Gambia Armed Forces and Marimoo are the teams currently chasing the 2016-2017 Gambia Football Federation domestic division one league title after their incredible run of form in the league campaign.

The City boys are currently the race with 29 points following their resounding 3-1 victory over Hawks in the all-Banjul derby clash at the weekend to maintain their league winning aspirations alive, and will chase to win their remaining league matches to end four-year trophy drought since they won the 2013-2014 league title.

The Soldiers are occupying second-spot with 28 points after their hard-fought 1-0 victory over Tallinding United at the weekend to keep their league title hopes alive, and will expect Real De Banjul to slip in their upcoming league fixtures to eight-year trophy drought since they clinched the 2008-2009 league title.

The Manjai-based outfit are third-place after their 1-0 win over Brikama United to fancy their chances of clinching their first-ever domestic division one league title in their debut season in the country’s top flight football league. They would hope Real De Banjul and Gambia Armed Forces to lose their next league fixtures, in order to land the league title.

Bombada and Samger are both fighting for survival in the top flight next season after their woeful performance in the league.

The Brikama-based-outfit and Academy boys will be brawling to win their remaining league fixtures to boost their hopes of staying in the top flight. 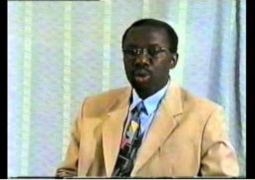 Gunjur Radio Station Jannehkoto FM on Internet for Sports, others