I was left bemused by recent press release issued by government as to reasons advanced for rash redeployments of civil service personnel. A big breaking news story swirling idly to a smart device at hand behoves technological dominance in the world of politics today.

To put it mildly, the administration’s moves are quite unusual. Even while the head of state has authority to reshuffle the pack as he sees fit, an executive order should be judged purely on certain sets of criteria & etiquettes contingent on result-policy engineering. I felt that the changes lack those merits, therefore, an overstretched executive hand.

Apparently, the president went about tampering with the civil service stream slicing and dicing his way through specialist technicians sent packing to unfamiliar roles, or distant shores. A classic executive overreach, antithetical to the Ethics and Ethos of democratic rule.

By choosing to effectively sack & exile seasoned experts from the centre of gravity - for soft ball players at his beck & call – the president, in essence may have not broke the law per se, but has run counter to its spirit thereof. Surrounding oneself with ‘Yes Men’ to sing praises on the dear hail leader - does NOT develop a country. I stand here wrestling with my conscience on these difficult words - for the respect one attaches to the office of the president!!!

In the United kingdom, success within the civil service is premised on continuity with minimal interference. An element of professionalism runs high, with neutrality what it swears by. After a thorough recruitment process, junior entrants from the lower grades will move around in an effort to equip them new skills cross-department, certain (sensitive) areas of government. Confidentiality is paramount of course; that these talented graduates later specialise in one’s entry line as leading experts, thereby, institutional memory is kept in tact.

The Barrow govt, for reasons known to it, has developed a rash addiction to reshuffle experts from post without the need nor rationale. A smart govt would not have removed the foremost expert on international trade in the case of Permanent Secretary Dampha. Given that competitive trade is the bedrock of 21st century economies, and the cornerstone of success – how has that move help the country???

Worst of all came to be the removal of Abdoulie Nyangado, head of Strategic policy. The man is a raving technocrat with multiple years in leadership roles. His team, I learnt, is the brainchild behind multi-faceted development projects with partner institutions all over the country. Again, how does such a loss of talent help advance the country???

I thought Fatu Camara’s take on the affair summarised it best; as with the sacking of SSHFC boss, Manjang. The idea that people participate in government on the premise to take as much as possible from the system makes me very sad for our country. Sincerely, I hope the president will revise himself, rescind according - put interest of the country above his.

The Gambian people need to look inwardly, reflect on issues and the causes of poverty. The population seem so distracted, even when China continues to exert considerable damage on its conscience. But hey, the black appears to be its own enemy, unfortunately.

Fellow Gambians – As the month of Ramadan impresses upon the Muslim world, no amount of money gives solution to an everlasting life. Let each one of us rush to do as much good as possible impact upon lives of our nearest & dearest. Profound gratitude to frontline nurses & teachers dedicated to the national interest. More than ever, I stand very much inspired, reaffirmed in the service of country. 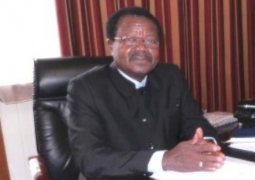