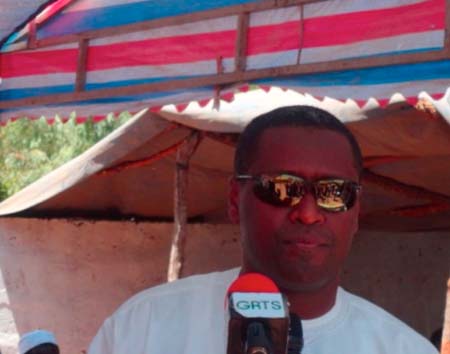 QCell GSM Company over the weekend completed a one-hundred million dalasi health project for the rehabilitation of ten health centres across the country.

The project, which is the first phase of the rehabilitation of ten health centres in the country, provides the health facilities with 24-hour free electricity supply, solar panels, standby generators, and upgrading the maternity ward, among other facilities.

The project was funded by QCell GSM Company in collaboration with GEF-UNIDO and the Government of The Gambia, QCell’s Chief Executive Officer Muhammed Jah said, while delivering a speech on Saturday at the inauguration of the Bondali health facility in the West Coast Region.

He said that through the project, QCell had provided free electricity to 10 health centres in The Gambia with the installation of solar panels and standby generators.

He also said the objectives of Q-Group include not only to create employment, but also to ensure that the development agenda of the President is adhered to.

Jah said the Q-Group is one of the biggest employers in the country.

According to him, recently the Gambia Revenue Authority gave an award to QCell as one of the most compliant GSM companies in terms of tax payment in the country.

Their interest is not only to make money, but to contribute to national development, Jah went on, saying that when the Q-Group came about five to six years ago, they covered about 50 per cent of the country in terms of network.

“We have the objective that before the end of 2016, QCell will be available in every corner of the country.”

He said currently, as regards a PURA report on coverage, they have covered about 86 per cent of the country and have 14 per cent to go.

“I assure all Gambians that before the end of this year every corner of this country you will have a QCell line working there.”

He said as part of their strategy, when they are expanding their coverage, anywhere in the country, the first thing they consider is the health centre of that particular area by giving them free electricity with the installation of a solar panel and standby generators.

He emphasized the importance they attach to communication through a reliable network upcountry, without which it would be difficult to send information to the Ministry of Health and Social welfare.

Without effective and reliable and steady communication there would still be a problem at the health facilities, he added.

“We believe that as a country, communication is key to development,” the QCell CEO said.

“We are not only stopping at providing reliable communication network, but alongside focusing also on energy.”

Mr Jah said that looking at the upcountry villages, the President is doing everything possible to electrify all those villages; so there is need for them to be part of that journey to achieve the mission of the President.

Mr Jah promised to kick-start the rehabilitation of staff quarters for the Bondali Health Centre, as part of the second phase of the project.

He also issued certificates of completion of the ten health centres to the Minister of Health and Social Welfare, Hon. Omar Sey.

‘Young people are an untapped reservoir of talent’