John P Gomez, a resident of in the Kombo North, Western Region on Monday 2nd August 2010, testified at the Brikama Magistrates' Court in the trial of Doctor Dumbuya, who is charged with disobedience to lawful order and criminal trespass.

In his testimony before Magistrate Nkea, John P Gomez, the first prosecution witness told the court that sometime in 2009, he went to visit his late father's farm at Falla when he met the accused person farming on the said piece of land.

He adduced that he then told the accused that the farm belongs to his late father, and the accused in reply told him that the said piece of land was sold to him by some residents of Tujereng.

According to him, when the accused told him that he went to report the matter to the Alkalo of Falla Village, where the farmland was located. He said the Alkalo then advised him to leave everything with him, which he did.

PW1 further adduced that a few days later the said Alkalo summoned them to a meeting, but they did not agree on terms.

He noted that before the meeting a panel was set up by the Head of State to look into the matter, as according to him, a letter was written to the President in respect of the said farmland.

Further testifying, PW1 told the court that they indicated in letter that their farmland has been sold to another person, and that they wanted it back.

He said they had fenced the said land, planted with cashew trees, which he said, were all cut down by the accused.

PW1 added that the people of then asked him to leave the land to the accused, as according to them, they would compensate him with another place, but he refused and made a statement to that effect. 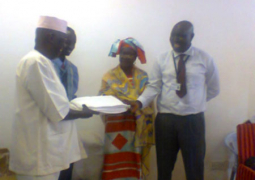