‘Aisha reported that the Messenger of Allah would run his fingers through his beard. (Related by Ibn Majah and at-Tirmizhi, who classified it as Sahih.)

Anas said that when the Messenger of Allah performed ablution, he would take a handful of water and put it under his jaws and pass it through his beard. He said, “This is what my Lord, Allah, ordered me to do.” (Related by Abu Dawud, al-Baihaqi and al-Hakim.)

a: Running water through one’s fingers and toes

Ibn ‘Abbas said that when the Messenger of Allah performed ablution, he would run his fingers through his fingers and toes. (Related by “the five,” except Ahmad.) It is also related that it is preferable to remove jewelry, for example, rings, bracelets, and so on, while performing ablution. Even though these reports are not accepted as fully authentic, one must follow them, for they fall under the general category of completing and perfecting the ablution.

b: Repeating each washing three times

This is a Sunnah that the Prophet, upon whom be peace, almost always followed. If he acted otherwise, it was just to show that the other acts are permissible. ‘Amr ibn Shu’aib related on the authority of his father from his grandfather who said: “A bedouin came to the Messenger of Allah, upon whom be peace, and asked him about the ablution. He showed him how to wash each part three times and said, ‘This is the ablution. Whoever does more than that has done wrong, transgressed and committed evil.” (Related by Ahmad, an-Nasa’i and Ibn Majah.) ‘Uthman also reported that the Messenger of Allah would repeat each washing three times. (Related by Ahmad, Muslim and at-Tirmizhi.) It is also proven that he performed each washing only once or twice. According to most of the reports, he wiped his head only once.

c: Beginning each action with the right side

Said ‘Aisha, “The Messenger of Allah loved to begin with his right side while putting on his shoes, straightening his hair and cleaning (or purifying) himself.” (Related by al-Bukhari and Muslim.) Abu Hurairah reported that the Prophet said, “When you clothe or wash yourself, begin with your right side.” (Related by Ahmad, Abu Dawud, at-Tirmizhi, and an-Nasa’i.)

Rubbing the limbs with water

This means to rub the hands over the bodily parts with water. ‘Abdullah ibn Zaid reported that the Messenger of Allah was brought a pot of water which he used to perform ablution, and then rubbed his arms. (Related by Ibn Khuzaimah.) He also related that the Messenger of Allah performed ablution, and then rubbed his limbs. (Related by Abu Dawud at-Tayalisi, Ahmad, Ibn Hibban and Abu Ya’la.)

Each bodily part must be washed right after the other in the prescribed sequence (without separating the washing of the different parts of acts not related to the ablution). This is the customary practice of the early and later generations of Muslims.

b: Wiping the ears

The sunnah is to wipe the interior of the ears with the index fingers and the exterior portions with the thumbs. The water used to wipe the head is also used for the ears, as the ears are part of the head. AlMiqdam ibn Ma’d Yakrih reported that the Prophet, upon whom be peace, wiped his head and his ears, the interior and exterior, while making ablution. He also put his finger inside his ear. (Related by Abu Dawud and at-Tahawi.)

While describing the ablution of the Prophet, upon whom be peace, Ibn ‘Umar said, “He wiped his head and ears with one wipe.” (Related by Ahmad and Abu Dawud.) In one narration it states, “He wiped the inner portion of his ears with his index finger, and the outer portion with his thumb.”

c: Elongating the streaks of light

This refers to washing the complete forehead, a practice which is more than what is obligatory in washing the face, and will increase the streak of light (on the Day of Judgment). It also refers to washing above the elbows and ankles. Abu Hurairah reported that the Messenger of Allah said, “My nation will come with bright streaks of light from the traces of ablution.” Abu Hurairah then said, “If one can lengthen his streak of light, he should do so.” (Related by Ahmad, al-Bukhari and Muslim.) Abu Zar’ah related that when Abu Hurairah made ablution, he washed his arms above his elbows and his feet up to his calves. He was asked, “Why do you do this?” He said, “This is the extent of the embellishment.” (Related by Ahmad. ) According to al-Bukhari and Muslim, its chain is sahih.

Economizing the use of water, even if one is in front of the sea

Anas said, “The Prophet, upon whom be peace, used to perform ghusl (the complete bathing) with a sa’a of water (1.616 cm) 3 to 5 Madd (each 4 madd equals one sa’a). He also used to make ablution with one Madd (404 cm) of water.” (Related by al-Bukhari and Muslim.) ‘Ubaidullah ibn Abu Yazid narrated that a man asked Ibn ‘Abbas, “How much water is sufficient for ghusl?” He answered, “One madd.” “And how much is sufficient for ghusl?” He said, “One sa’a.” The man said, “That is not sufficient for me.” “Ibn ‘Abbas said, “No? It was sufficient for one better than you, the Messenger of Allah, upon whom be peace.” (Related by Ahmad, al-Bazaar and at-Tabarani in al-Kabeer. Its narrators are trustworthy.) ‘Abdullah ibn ‘Umar narrated that the Messenger of Allah passed by Sa’d while he was performing ablution and said, “What is this extravagance, Sa’d?” He said, “Is there extravagance in the use of water?” He said, “Yes, even if you are at a flowing river.” (Related by Ahmad and Ibn Majah with a weak chain.)

Extravagance is to use water without any benefit, like washing the parts more than three times. Ibn Shu’aib’s hadith, quoted earlier, illustrates the point in question. ‘Abdullah ibn Mughaffal narrated that he heard the Prophet say, “There will be people from my nation who will transgress in making supplications and in purifying themselves.” (Related by Ahmad, Abu Dawud and an-Nasa’i.)

Says al-Bukhari, “The scholars do not like one to use water beyond what the Prophet, upon whom be peace, used for ablution.

There is nothing confirmed from the Prophet, upon whom be peace, regarding supplications during ablution save the hadith of Abu Musa al-Ash’ari who said, “I came to the Messenger of Allah with water. While he was performing ablution, I heard him supplicate, ‘O Allah, forgive my sins. Make my residence spacious for me and bless me in my provisions.’ I said, ‘O Prophet of Allah, I heard you supplicating such and such.’ He said, ‘Did I leave anything out?” (Related by an-Nasa’i and Ibn as-Sunni with a sahih chain.) An-Nawawi includes this event under the chapter, what is to be said after one completes the ablution, and Ibn as-Sunni has it under, what is to be said when one is in the state of ablution. 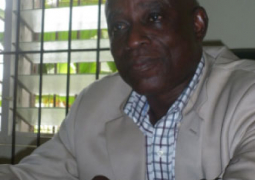