The government of The Gambia through the Ministry of Fisheries, Water Resources and National Assembly Matters, in collaboration with UNICEF The Gambia office on Tuesday held a daylong public/private partnership initiative forum.

The forum had also given both the public and private sector the opportunity to sit face-to-face and to map out ways and means to help promote the idea of hand washing in school and communities.

In his opening remarks, Mr. Bai Matarr Drammeh, the President of the Gambia Chamber of Commerce and Industry stated that promoting the practices of hand washing can significantly contribute to the achievement of the Millennium Development Goals.

According to Drammeh, it is a common knowledge that people should wash their hands, but he noted that water alone is not enough to clean the hands and remove all the impurities.

"When hands are washed with soap and rinsed with plenty water, then one can be assured that the hands are totally cleansed and all impurities removed," he said.

He informed the forum that the private sector through the Sankung Sillah and Sons had sponsored a hand washing exercise by providing 5000 bars of soap for a three-day sensitisation programme in schools and communities, targeting school children, their parents and teachers on the importance of using soap in hand washing.

Speaking earlier, the Permanent Secretary at the Ministry of Fisheries, Water Resources and National Assembly Matters, Amadou Saine described the initiative as very important. He noted that children are the most affected in terms of illnesses and death resulting from poor sanitation and personal hygiene.

For PS Saine, it is estimated that about 3.5 millions children die world wide every year before reaching the age of five years. The campaign, he added, was initiated to reduce child mortality rates caused by diarrhoeal diseases, through the introduction of simple behavioural changes, such as hand washing with soap.

He commended UNICEF and other collaborating partners for their continuous support to the government of The Gambia. 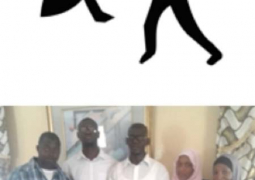