PWith the increase in the amount of rainfall in recent times and the effect the downpours have had on the existing road network, the general public has once more reiterated its concern with the dilapidated state of most of the roads not only within the Greater Banjul Area but also some parts of the rural area, calling on government to take urgent measures to curb what many describe as a deteriorating situation.

In an opinion poll carried out by this paper, many people, drivers likewise commuters, expressed grave concern over the condition of roads, particularly the Westfield-Sukuta stretch, Serrekunda-Senegambia and Tabokoto-Coastal Road stretches.

"Access to proper road network has now become a major concern in all corners of our society as we now enter into the rainy season. This is making life extremely difficult for us and I think government through the Area Councils should act now before things get worse," said one Sheriff Ceesay, a resident of Serrekunda Sayerr Jobe Avenue.

According to Alfusainey Jammeh, despite the fact that government has done well by erecting street lights and rehabilitating some roads, there is still need for the authorities to intensify efforts to rehabilitate and construct roads. This, he added, would do well for the country and her citizens.

"We've just celebrated the 14th anniversary of the July 22ndRevolution and, according to many, the day is a moment of reflection on the achievements and shortcomings of the government of the day. This, I hope, has been done because without that, they would not know what their shortcomings are and I believe there is a lot that needs to be done regarding road construction and rehabilitation in this country," said one Ndey Darboe, a native of Jarra currently residing in Tabokoto.

For one Alhagie Barry of Ebo Town, the councils should distinguish themselves by addressing peoples' immediate concerns and needs instead of making bogus promises, noting that they owe obligations to the tax payers.

"The current situation of our roads in this area is indeed a matter of grave concern. The situation is such that it appears that councils are not taking any measures to address the bottlenecks in their respective areas," he asserted.

"Taking a stroll along the Tabokoto-Coastal road highway, Westfield-Sukuta stretch, Manjai-Kotu highway, Bundung-Serrekunda highway and some parts of Ebo Town, one cannot help but admit how dilapidated our roads are. This is not in any way helpful to the people," said one Omar Saho, a student at Gambia College.

"The condition of the Tabokoto-Coastal road has left us with no other option but to abandon the road completely because it is impassable especially when it rains. The only thing we have to do now is to look for the few good roads there remain and try to ply those for our business," Cherno Baldeh, a taxi driver, said.

It is noteworthy that the National Assembly has approved the construction of the Westfield-Sukuta road project sometime ago at the tune of D7.5m and Kanifing Municipal Council (KMC) also presented a cheque to Gamworks for their counterpart contribution towards the construction of Kayupa Road in Churchills Town but the strange thing is that not much has been done to these effects ever since. 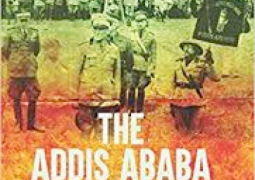