We are very much concerned about the level of prostitution in the country. And as a result, we feel more serious measures should be put in place to arrest the menace.

The Gambia, no doubt, is a nation of believers, with the majority of citizens being practising Muslims and Christians.

Both of these major faiths condemn prostitution; thus the need to tackle the vice, sooner rather than later.

Going by reports we have been getting, the practice is becoming rampant in the country, especially within the Greater Banjul Area.

And what is disheartening is that even young boys and girls are actively involved in prostitution.

This is immoral, and should be seriously addressed.

To confirm that this is the case, take a stroll at night around the tourism development area, as well as some motels and guest houses within Serrekunda.

These prostitutes are not all Gambians, and most of them are from the neigbouring countries within the sub-region.

While we are not against the presence of foreigners, we must ensure that only immigrants who are productive and will contribute to the development of the country are welcome.

Persons who become a liability to Gambian society, who live a parasitic life among us, should be discouraged from coming to settle here.

There is nothing wrong adopting and enforcing such a policy, since it is the immigration policy in every self-respecting nation.

There are houses rented purposely for engaging the services of prostitutes, especially in the Kombos.

The authorities should do something about this, and landlords should also help report suspected cases to the police.

We cannot call ourselves good Muslims and Christians, if we allow such things to prevail in our communities.

The police should partner with the public in addressing the issue, since the vice takes place in our homes, and not in the street.

Indeed, prostitution must be addressed in every possible way, so as to stop the spread of HIV/AIDS and other STIs in the country.

We are recommending that guesthouses that are rented to prostitutes be closed, and the imported prostitutes be deported to their countries of origin.

Finally, there are many ways of earning a decent living other than prostitution since it is forbidden by Allah. 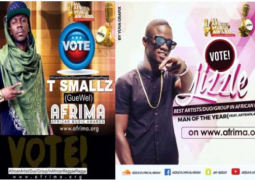 Heavyweights to Clash in FA Cup 2nd Round