Yama Dahaba, the second prosecution witness and a resident of Briksama recently testified in the ongoing criminal trial of common assault leveled against one Sunto Camara before the Brikama Magistrates' Court.

Testifying before Magistrate Effim, the prosecution witness told the court that she knew both the accused and the complainant, and that both of them live in the same compound.

According to her, on that fateful day, the accused was involved in a row with a boy, called ML about masquerade in the street.

She stated that the complainant then reported the matter to the Brikama Police Station, who eventually arrested the accused. 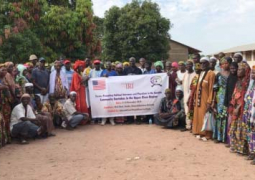