The case involving Modou Manga could not proceed before the new Principal Magistrate, Joseph Ikpala of the Kanifing Magistrates' Court because the prosecution witness, who was to be further cross-examined by the Defence Counsel, was indisposed on 10th September 2009.

When the case was first called on 10th September 2009, the accused Modou Manga told the court that his Counsel, Edu Gomez, who was not present at the time, would later appear in court. The Clerk had confirmed to the court that the Defence Counsel had communicated to him that he would appear in court, requesting for a stand-down of the case. As a result, the case was stood down and later, the Defence Counsel arrived.

The case was again called and the Prosecuting Officer, Cadet Inspector Mballow informed the court that the prosecution witness was not present in court for him to be further cross-examined by the Defence Counsel. As he testified, he had fallen ill and went to the RVTH for treatment. He applied for an adjournment.

The Defence Counsel, Edu Gomez did not object to the application made by the Prosecutor and the case was adjourned to 23rd September for continuation.

The same prosecution witness testified in May 2008 against the accused, and at the end of his testimony, he was cross-examined by the Defence Counsel but did not finish the cross-examination.

The case was adjourned for the prosecution witness to be further cross-examined and when it resumed, the witness was no where to be found. The court was made to understand later that the witness had absconded.

But this time around, the witness had fallen ill, according to the Prosecutor. 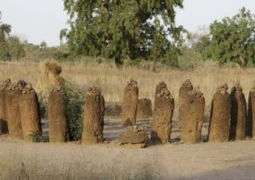