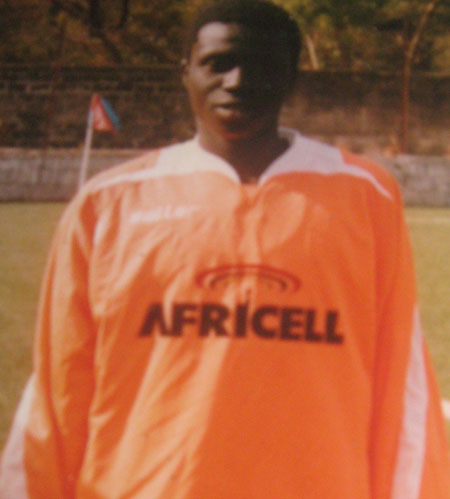 Sainey Ceesay started his football career with the Katchically United in the Nooran Football Tournament at an early age, and succeeded in guiding Katchically United to the Nawettan proper in 1998. His instrumental contribution in helping the Crocodile Pool side to their first Nawettan debut, coupled with his brilliant goal-scoring magic, had earned him a call up to the Bakau zonal squad where he played an influential role in guiding Bakau to their 3rd Zonal Championship Trophy, thanks to an unforgettable sublime volley goal he scored as Bakau recorded another historic moment in the Zonal Championship, after he narrowly beat City rivals, Banjul, in the final in 2007.

Born and bred in Bakau, the 16-year-old was part of the first batch of players, who were selected to play for the Gambia's national U-17 in 2007. But he has found his playing opportunity very hard to come by as a result of the knee injury he sustained during Africell's goalless draw against neighbours Steve Biko, as part of the preparation before the start of the 2007/08 GFA Division One League Championship. Chompy, as he is commonly called, has also played an influential role in helping Africell regain promotion to the country's top flight football two years ago, and went further to establish himself as a regular scorer in the division one outfit.

Sainey Ceesay is one of the hottest youngsters in Gambian football, but he is injury-prone which has hindered his chances at making it to the Gambia national U-17 team. Pointsport quoted Chompy's former coach Sainey Jarju as saying Chompy has been the symbol of Kachically during his short stint with the team. He is always willing to deliver for all the clubs he played for.

In the year 2007, the Africell youngster was both the head and the heart at Kachically United side that played  the finest attacking football of the tournament, but the team was unfortunate after conceding a 4-3 defeat against Jazz in the final.