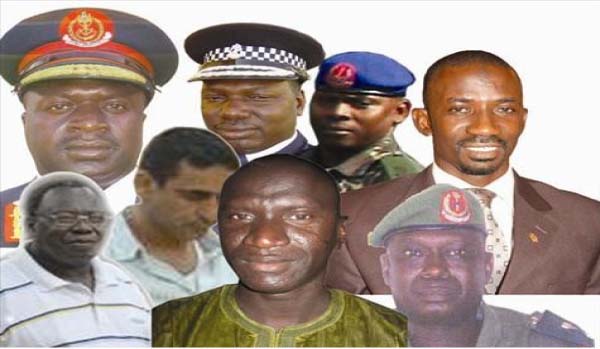 Gambian leader Yahya Jammeh, in a rather surprise move, has pardoned all those convicted of treason from 1994 to 2013 and are in prison on a death sentence or serving life imprisonment.

In his address during the 21st year anniversary celebration of the July 22nd Revolution held at the Arch 22 in Banjul on Wednesday, President Jammeh also said all those convicted for murder and have served at least ten years are pardoned in earnest.

However, the pardoning of murder convicts has exceptions; three convicted murderers were exempted.

“A cannibal, who rallied a woman on a farm in the Kombos, chopped her body into pieces and ate some of it; that person I would never forgive.The second one is a guy, one Hydara, who shot his first wife and wanted to wipe out or eliminate all the children of the first wife because they were opposed to him taking or marrying a second wife who was 17 years old, and treat her better [than their mother] – that one I will never forgive,” the Gambian leader said.

“[Also], a group of foreigners that killed a British citizen, stabbed him more than 71 times, killed him in his own car, brought him on the highway, ran over him and attempted to burn his body – such types of evil people will never be pardoned by my system,” he added.

Babili Mansa emphasised that he would never forgive perpetrators of violence against women and children, and persons found guilty of infanticide.

If anyone gave birth to a child “you do not want, you can take the baby to the SOS Children’s Village or to State House” and the child will be taken care of.

“But if you decide to kill the baby, there will be no forgiveness for you,” he went on.

He also said anybody who has raped a child would serve the full sentence.“There will be no mercy for raping children,” he declared.

President Jammeh on this occasion also pardoned all those who have been convicted of possession of cannabis, especially all the young people.Repeat offenders were not included, he announced.

Similarly, those convicted of trafficking of cannabis, and have served at least three years, are pardoned.Again, repeat offenders were exempted.

For hard drugs, the Gambian leader said all those who have served at least five years for cocaine and other hard drugs are forgiven.

For convicted rapists, if the victim is at least 20 years, then the culprit is pardoned.

However, be they murderers, drug traffickers or rapists, all those pardoned included those convicted in 2013 and before.

Foreigners to be deported

“In as much as we welcome everybody, irrespective of your colour, your race, your religion, or wherever you come from or your culture, but all those convicted who are foreigners, especially of murder, rape, drug trafficking [and] armed robbery, must be deported immediately,” the Gambian leader announced.

President Jammeh also announced that “all the Gambian dissidents in Great Britain and other European countries, who are bent on lying against the government or tarnishing the image of the country are forgiven be it those who ran away or escaped from a coup plot.”

He said all the pardoned people must be released from prison, not later than Friday prayers (July 24).

He has added that he has turned a new page, “but the first person to stain the page will pay the ultimate price”.

The Gambian leader said the relatives of all those who have been pardoned must be warned, that they must never be on the wrong side of the law for the next ten years; otherwise they will pay the price.

He reiterated that drug trafficking, murder and rape are not going to be tolerated in The Gambia.

President Jammeh’s latest show of clemency is informed by the holy scriptures of Islam and Christianity, both of which lay firm emphases on forgiveness.

The Gambian leader acknowledged that since he came to power in 1994, some people during  his administration has committed various offences some of which are capital in nature, hence he also should show forgiveness to others who have wronged him.

“If I don’t forgive, then I am not a good leader. I forgive because my strength lies in my belief in the Almighty Allah.I have sworn here on several occasions that there are certain crimes I would not forgive,” he said.

The following are some of the treason convicts President Jammeh has finally pardoned: 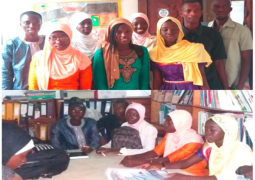