The President of the Republic, President Yahya Jammeh, has this week inaugurated and laid the foundation stone for many development projects in the country as part of the events marking the 15th Anniversary of the July 22nd Revolution.

President Jammeh on Monday 27th July 2009, laid the foundation stone for the construction of the , a component of the campus of the of (UTG), at the in Kombo East, Western Region.

Contracted to the Gambia Armed Forces Engineering Corps, the University Village is expected to provide training, advanced research and related services in science and technology, that's consistent with the UTG's agenda for the creation of science parks in The Gambia.

Addressing the gathering before laying the foundation stone, the Gambian leader thanked Hugo Chavez, the President of the of , for his assistance to the of , as well as for sponsoring the construction of the . President Jammeh described the Venezuelan leader as a true democrat and a humanitarian. Democracy, President Jammeh said, is about poverty eradication and self-reliance.

The Gambian leader also presided over the inauguration of the

Mandinaba-Seleti Road
, as part of the events marking the 15th anniversary of the July 22nd Revolution. The inauguration of the road, according to President Jammeh, is another fulfilment of promises he made to the Gambian people and another manifestation of his government's resolve to provide good road networks for the people of the as a means of enhancing their socio-economic development.

Speaking at the occasion, Mme H'ele'ne Cave, the European Commission (EC) Charge D'affairs in The Gambia, said the official inauguration of the Mandinaba-Seleti road is a day of joy for the people plying the road, after experiencing difficulties over the years. According to her, in the 9th European Development Fund (EDF), the financial envelope allocated to the infrastructure sector amounts to 48.5 million Euros, which is around 1.65 billion Dalasi, with 40.5 million Euros coming from the Gambia National Indicative Programme.
President Jammeh also on Tuesday 28th July 2009, presided over the inauguration of the 35m Euros water supply project for the Greater Banjul Area, at an event held in Brikama, Western Region.

Funded by the Kingdom of the , the Greater Banjul Area Water Supply Project is said to have a life span of 18 years and a capacity of serving over 900,000 people.

According to President Jammeh, the government of has since 1994 provided a lot of infrastructural developments for the Gambian people.  He cited the ferries at the Gambia Ports Authority as some of the interventions of the Kingdom of the . President Jammeh described this benevolent gesture as a humanitarian gesture and commended the government and people of the Kingdom of the for their cooperation with the Gambian government.

The Gambian leader used the opportunity to remind the Area Councils and Municipalities that all the bills they owed to NAWEC must be settled before the end of the year.  He assured the gathering that, with the help of good friends and with Allah's blessing and guidance, The Gambia will develop faster than many countries in the next 15 years.

"We will be better than and and we will be challenging with the mineral resources we have," he stated.

Also, on the same day, President Jammeh inaugurated the newly reconstructed phase of the Serrekunda Market, as part of the activities marking the 15th Anniversary of the July 22nd Revolution.

"I want the people of the to know that I am not a politician. Whatever I say, no matter how long it takes, I will do it", President Jammeh told the gathering".

He also advised KMC to set up a committee that will look after the market and to give priority to those who were selling in the market before giving the stalls to others.

The Gambian leader also reminded the beneficiaries that the cleanliness of the market would not be compromised. The Serrekunda market, he said, has suffered several fire outbreaks in the past, and added that business has since then never been the same there.

"These persistent catastrophes led to the permanent closure of certain businesses as their owners lost their entire investments in one fire incident or the other," President Jammeh observed.

"Throughout this period, I did not for a single moment lose sight of my responsibility and the great ideals of the July 22nd Revolution in 1994. The revolution came to improve the livelihood and welfare of each and every citizen of this country and for all to live in dignity and pride", Jammeh told the gathering.

For his part, Yankuba Colley, the Mayor of KMC, described the Serrekunda Market as a revenue earning venture, adding that his council is concerned with the development of the market. Mayor Colley said due to the rural-urban drift, Serrekunda Market is now congested culminating in the building of new markets in Abuko, Tallinding and Old Jeshwang, by the council.

He revealed that KMC has already acquired a land at the tune of D2m for the construction of another market in the municipality.

The groundbreaking inauguration was also part of the activities marking the 15th Anniversary of the July 22nd Revolution.

Also, on the same day, Hon. Sheriff Gomez officially commissioned a multimillion Dalasi Bungalow Beach Craft Market, at a ceremony held at the premises of the new complex in Kotu.
BB Craft Market is among three the others, which have been built or rehabilitated by the Gambia Tourism Authority (GTA) under the Ministry of Tourism and Culture, at a tune of seven million, eight hundred and fifty seven thousand Dalasi (D7, 857, 0000).
The government, through the Ministry of Finance, according to officials, had contributed five million, six hundred and fifty six thousand, three hundred and eight Dalasi (D5,656,308).

The Craft Market comprises 42 stalls, equipped with the capacity of accommodating 149 vendors, of which hundred are women. The facility also has two toilet blocks.

The Vice-President and Minister of Women's Affairs, Aja Dr. Isatou Njie-Saidy, on behalf of President Jammeh, on Tuesday evening officially inaugurated a D3.1m Police Station in Brusubi, at a colourful ceremony held at the premises of the police station.
Financed by Africell, one of the leading mobile telecommunication companies in the country, the newly constructed police station, which was constructed within a space of three months, accommodates seven offices, a charge room, three cells, and toilet facilities for both the officers and the prisoners.

Africell, according VP Njie-Saidy, has contributed immensely towards nation-building, touching the lives of almost every person residing in The Gambia as part of their social responsibilities.

"Here, they have intervened in a different but very important sector, which is security, thus greatly complementing government's efforts since government alone cannot do it all. Government for their part, have created the enabling environment," remarked Vice-President Njie-Saidy. 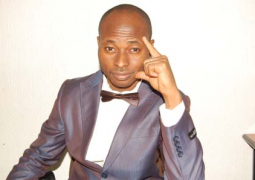 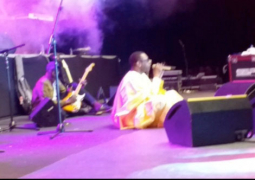