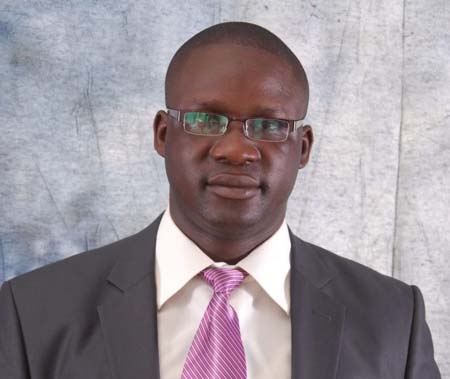 ASP Momodou D. Mballow of the Gambia Police Force, attached to the prosecution unit, Monday launched a book entitled “practical approaches to magistrate court” at a ceremony held at the police headquarters in Banjul.

The occasion was graced by the senior management of the Gambia Police Force including the Deputy Inspector General of Police, Ousman Gibba, Mrs Loubna Farage, President of the Gambia Bar Association, Dr Henry Carol of the Law Reform Council, as well as family members of the author.

Speaking at the ceremony, the Inspector General of Police, Yankuba J.N. Sonko, said the occasion marked a great day in the annals of the Gambia Police Force from 1855, the year the police force was established in The Gambia.

He noted that the assumption of senior command positions by indigenous Gambians from the colonial officers, being with the illustrious harries Lloyd Evans.

He said his efforts had been complemented by a host of other IGPs who succeeded him.

“I am honoured and proud to witness the launching of this important crucial publication, ‘practical approaches to magistrate court’ by one of diligent prosecutors, ASP Momodou D. Mballow for his commitment to his profession as a police prosecutor,” he said.

The author of the book, ASP Mballow, thanked Lawyer Kebba Sanyang for his encouragement and Fodeh Baldeh, his editor and publisher for the comprehensive editorial work he carried on the manuscript to give it a final beautiful touch.

ASP Mballow also thanked IGP Yankuba Sonko for his support, as well as the entire senior management of the Gambia Police Force for their encouragement and support to him.

He as well thanked his family, especially his wife, for the support. He said what motivated him to write the book was that from 2002 to 2007, when the spirit of advocacy was very much alive in particular Kanifing and Bundung Magistrates’ Court, he was lucky to have nearly rubbed shoulders with the veteran lawyers.

ASP Mballow further stated that what is happening in court now is not helping young prosecutors and junior counsels; that is, the written arguments, adding that what was written and what was spoken are different.

He said the book was written to serve as a guide material to the police prosecutors.

Superintendent Trawally, who spoke on the review of the book, said the book deals with all aspects of criminal procedure in the magistrate court, the author combines both legislative provisions and practical experience in his dispensation of knowledge relating to criminal trial in the Gambia magistrates courts.

He said the author analyses cases he prosecuted, cites many legal practitioners who have been fundamental in the development of precedents in the field.

He said the author also evaluates cases from other jurisdictions, such as Ghana, Nigeria and Uganda and offers a comparative analysis of the best practices in these countries and The Gambia.

He also pointed out grey areas of practice in The Gambia, areas that have not been applied in criminal investigations in the country, yet are applied in other jurisdictions and he makes recommendations for adoption of such best practices. 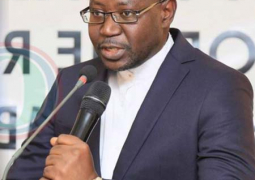