Pateh Jah, deputy permanent secretary at the Personnel Management Office (PMO), recently continued his testimony under cross-examination in the economic crime case involving Modou Suwa, former staff at the Office of the President.

Testifying before Justice Emmanuel Nkea of the Special Criminal Court in Banjul, DPS Pateh Jah told the court the accused requested for the extension of time while he was in the UK.

He said he could not confirm whether the accused indicated that he would continue with his study without salary.

At that juncture, the defence counsel showed him a document and asked him whether he the DPS had seen that letter before, and he stated that he had seen it.

The defence counsel then applied to tender the said letter, and it was admitted in evidence which marked as exhibit without any objection.

Jah further stated that the said letter was forwarded to his office and he gave advice on the letter, but the PMO did not accept it, because it is not in line with the board rules. 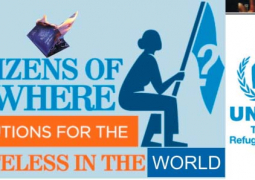