Emmanuel Ina George, the plaintiff, who sued Prime Bank to the Industrial Tribunal at Kanifing, Thursday, continued his testimony.

In his evidence-in-chief, Mr. George said the head of Finance, Ms. Williams, on the 22 September 2010 refused to endorse some transactions made by him during her absence.

According to him, the head of Finance sent him an email querying a transaction with a customer, and instructed the customer to open an account.

The witness told the tribunal that he replied to her email and explained to her why he bought $150,000 at D31.10 per dollar.

"The issue of this transaction continued between me and the head of Finance till the 23rd September, 2010," Mr. Gorge testified.

He noted that he sold the said $150,000 which was an issue between him and head of Finance, adducing that when he sold the money, the bank made a profit out of it.

"I sold the $150,000 to Africell at a rate of D31.30," he told the tribunal, adding that a copy of the transfer that Africell effected was sent to him through their branch manager.

At that juncture, the plaintiff's counsel, Moses Richards, applied to tender the document that was identified by the witness as evidence.

However, the defence counsel raised an objection to the said document, adding that it was a photocopy. She noted that the original was at her disposal, but no notice of issuing was revealed by the plaintiff's counsel.

She went further to cite sections of the Evidence Act in support of her argument.

The defence counsel further said that the plaintiff was not the proper person to reveal the said document.

In response, counsel Moses Richards submitted that they had laid the proper foundation for tendering the said document before the tribunal.

"The witness said that he received a copy of the document," Richards added.

"The section cited by defendant's counsel does not apply," said the counsel, stating that this was a subordinate court, and that being a tribunal, specific rules do not emanate.

He told the tribunal that the plaintiff was given a copy of the said document, which he had in custody in preparation for his case.

"Notice to produce goes down with strict rules and the tribunal therefore is meant to be flexible," said Richards.

He further argued that the document was coming from proper custody and, therefore, sections cited by the defendant’s counsel do not exist.

"It is not prejudicial to their case, it is in line for the court to be better informed," he said.

Subsequently, the case was adjourned to 13 June 2011 for ruling. 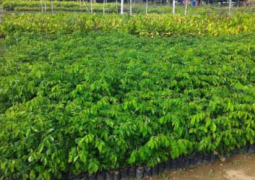 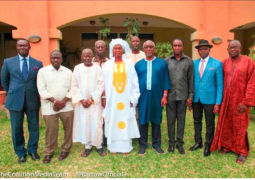