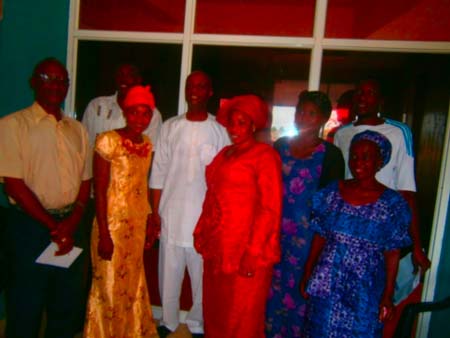 Prison Fellowship-The Gambia (PFG) in collaboration with Pillar Support Group has commended the Gambian leader for releasing eighty-five prisoners at a go, in the spirit of the recently-ended holy month of Ramadan.

The PFG and Pillar Support Group made the commendation during a press conference held recently at their office in Kotu.

Speaking at the press briefing, the executive director of PFG, Dr Abee Abraham, told reporters that the purpose of the press briefing was to thank President Jammeh, who “has a clean heart for the country and beyond” and by extension thanked him also for releasing eighty-five prisoners.

He said this was a record in the country and the world at large, for a leader to pardon eighty-five prisoners at one go.

On behalf of the board, staff, volunteers and the families of prisoners in The Gambia and Prison Fellowship-The Gambia, he expressed their profound gratitude and joy to President Jammeh for the magnanimous gesture of releasing an unprecedented 85 prisoners in the spirit of Ramadan, on the occasion of the country jubilee anniversary and to celebrate his birthday.

He said the merciful release of these prisoners is a second chance, granted to these individuals to enable them to be meaningful contributors to the society.

According to him, it was also a significant gesture to the families of the released, as many of them have been suffering socio-economic deprivation from incarceration of their loved ones and breadwinners and, indeed, the society as a whole.

“We thanked him for his visionary gesture and continue to pray that God will increase him in wisdom and grant him great success in his pursuit of The Gambia’s greatness.”

They would also congratulate him on his birthday, and wish him many more years of good health and fruitful service to the motherland.

“Prisoners’ wives and children are the silent of imprisonment, and are particularly vulnerable to economic and social ostracization, hence our emphasis on the twin objectives; thus developing a support system for prisoners’ wives and setting up a boarding school for the children,” he stated.

According to him, Prison Fellowship-The Gambia has mobilized and organized the wives into a co-operative called “Pillars Support Co-operative,” with the aim of setting up SMES to provide income and preserve their dignity.

He said building a boarding school where prisoners’ children shall be granted scholarship would mitigate the unfortunate situation, whereby many children granted scholarship by their partners’ schools could not avail themselves of the opportunity due to the long distances from the abode of the children.

He added that the boarding school should eliminate this inconvenience for the children.

“It is the world’s largest volunteer organization, operating in the criminal justice arena in about 130 countries around the world.”

According to him, PFG is engaged in different activities designed to complement the Gambia government’s efforts in the management of the prisons, and the general welfare of the prisoners and their families.

“We are also into advocacy for penal reforms in line with Biblical standards of justice. To this end, PFG has been organizing annually a Christmas lunch for all prisoners in The Gambia on Christmas Day,” he further stated.

“We send three teams to all the three prisons in the country with food items, vegetables and soft drinks, and we spend the day with them.”

“We organize annually a Christmas party, tagged Angel Tree for the children of the prisoners, and provide them with lunch, drinks and presents during this party,” added Dr Abraham.

In addition to all these, they had in the past years engaged the authorities on critical matters requiring some reform, and one such initiative recently facilitated the release of prisoners being brought before any court.

This came immediately on the back of the first justice roundtable organised by them in 2013, he added.

The president of Pillars Support Group, Mrs Zainab Jangan, expressed appreciation and thanks to President Jammeh for the positive move.

This would go a long way in reducing some of the burden of the family members of prisoners, she said. 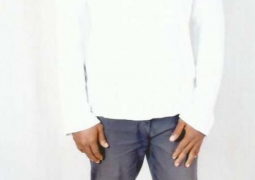