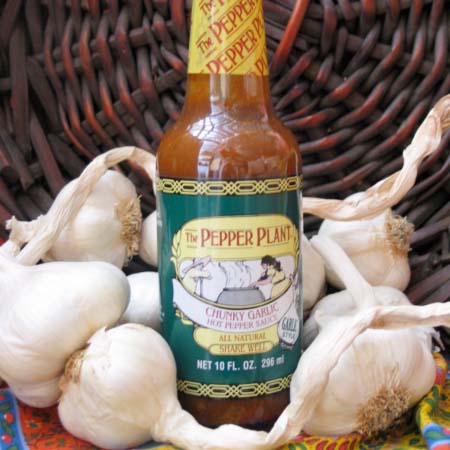 Heavy reliance on garlic and pepper sprays instead of chemical pesticides for controlling insects in so many developed countries including the United States are due to two generally accepted reasons and they are as follows: (a) the growing concern over the potential of widespread damage to the environment from the dispersion of poisons through food chains leading to valuable predators and humans, and (b) the fact that, for ecological reasons, pesticides commonly fail to control pests.

When pesticide use leads to more pesticide use, the manufacturer increases his or her sales and profits; the user suffers greater loss, while environmental contamination increases. The reluctant recognition of these problems associated with the pesticide treadmill is helping to force farmers towards the reconsideration of alternative methods of pest control.

Unfortunately, the fact that new tools are needed which has not always gone together well with the understanding that an entirely new approach, with radically different conceptual underpinnings is required. For example, one finds evidence even in the ORGANIC gardening and farming literature, abundant searches for new or sometimes old, products that will serve the same obsolete philosophy- push button eradication, but with hopeful fewer consequences in terms of public health.

The ORGANIC grower who anticipates or observes insect presence or insect damage is urged to fight back with an arsenal of simplistic remedies (garlic and pepper sprays), the release of spraying mantis or ladybird beetles, and the magic of companion plants that will mysteriously repel undesirable wildlife if the right combination is planted. This is not to say that such remedies never work, in fact many of them have some of the desired effects of crop protection, though not always for the reasons given. However, the framework within which these solutions are offered and applied is basically fallacious.

The agribusiness establishment grower, equally enamored of pest eradication as a goal, is not helped to any new understanding of the problem by the rigid government-consumer demands for foods unblemished by insect damage or insect parts.

The farmer is caught in an economic squeeze between a pesticide-altered agro-ecosystem on the one hand and cannery standards, agricultural codes, and market place entomophobia on the other.

As a society we are all frightened of insects to some extent, they are culturally taboo as food and, with the exception of uneasy tolerance of honeybees, are generally all lumped together as potential sources of human diseases and competitors for our food and fiber. This general attitude makes rational observations and decisions about our relationship to insects and similar-appearing wildlife difficult for most people. The farmer is no exception.