The Secretary General and Head of the Civil Service, Dawda Fadera, recently presided over a two-day mid-year retreat for Permanent Secretaries.

Speaking at the retreat, Mr Fadera declared that the bad political governance of the past regime had a debilitating effect on macroeconomic stability and management of the country.

This, he added, was reflected in the poor fiscal discipline as evidenced by uncontrolled domestic borrowing to fund government excesses and the frequent use of supplementary budgets.

He noted that the retreat was meant to better prepare the sectors and other relevant stakeholders for a smooth transition from the Programme for Accelerated Growth and Employment (PAGE) to the National Development Plan (NDP) in the new dispensation.

“Poor political and economic governance and declining public-sector effectiveness have created fundamental challenges for The Gambia as it embarks upon a new development and democratic trajectory,” he said.

According to SG Fadera, the retreat was geared towards preparing sectors and other relevant stakeholders for a smooth transition from PAGE to a National Development Plan aligned to the new government’s objective of delivering good governance and accountability.

He said the two-day retreat gives them the opportunity to engage each other in active debate over the strategies needed to support development aspirations, especially the National Development Plan.

He added that developing coherent policies and strategies, systems and structures and other development tools was critical to the realisation of socio-economic development.

For his part, the permanent secretary of Personal Management Office (PMO), Pateh Jaw, dilated at length on the significance of the forum.

The retreat, he added, was meant to bring together senior government officials to brainstorm on pertaining issues geared towards national development.

What Happens to Your Brain When You Take Drugs?:Drug Facts: Understanding Drug Abuse ,Addiction and treatments 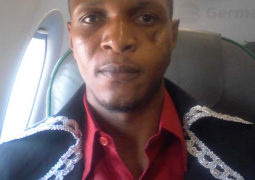