Ebrima Colley, a Gambian Paralympics coach, was recently certified after attending a one-week coaching course in Nairobi Kenya, a trip facilitated by the Ministry of Youth and Sports.

The course, which brought together delegates from East and West Africa, looked at Paralympics development in Africa.

Speaking to reporters, the certified coach said The Gambia was to be represented by three participants, but he alone attended from The Gambia due to financial constraints.

He said the training involved administrative course and classification.

He expressed his joy over the registration of the Gambia flag in the MOIS Centre in Nairobi on the African map portraying a picture of a member of Gambia Paralympics, which he says is a boost for the country.

“During the course, numerous examples were derived from The Gambia, which is due to the effort we are making,” he points out.

He congratulated and urged the members to work harder to keep the association moving.

He said the trip was a success, adding that he brought home a wheelchair, which could have been more if more participants had been sent.

“It would have been wise if The Gambia had sent three people. This would have helped us a lot. I even appealed to them for more wheelchairs, but they could only give out according to the number of participants,” he said.

He, however, appealed to the government for more support with a wider number of participation in such events.

He says he has acquired knowledge which would be transmitted to members of the association to take it to higher heights.

“We should not be isolated because we are part of the people and sport is not meant for only able people,” he noted. 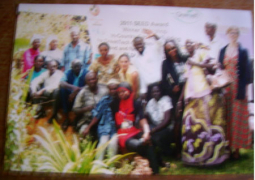