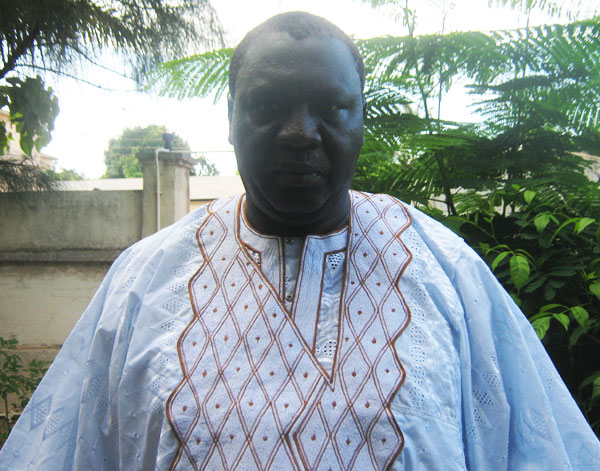 Mr. Pap Saine is the co-publisher and editor of The Point newspaper, and the dean of Reuters' correspondents in West and Central Africa.

Mr. Pap Saine co-founded the independent newspaper The Point in 1991, in collaboration with his late colleagues: Deyda Hydara and Baboucarr Gaye.

Following Gaye's resignation in April 1992, Saine and Hydara continued to run the paper together until Hydara's assassination in December 2004.

According to a press release from the International Press Institute, Pap Saine is the third journalist from West Africa to be named an IPI World Press Freedom Hero, after Kenneth Best of Liberia and Freedom Neruda of the Ivory Coast.

This year, the IPI nominated eight journalists for the award.

Mr. Saine will be one of 60 World Press Freedom Heroes honoured at a ceremony to commemorate IPI's 60th year of defending press freedom worldwide, at the IPI World Congress in Vienna and Bratislava in September 2010.

The release further stated that the award is given to individuals who have made outstanding contributions to the cause of press freedom around the world.

This year is the 60th anniversary of IPI's founding, and Pap Saine will be among 60 World Press Freedom Heroes, to be awarded at the IPI's congress in Vienna in September.

"Since the tragic murder of Deyda Hydara, Pap Saine has continued to lead The Point newspaper with courage and integrity," said IPI Director David Dadge.

"I am proud to announce Pap Saine as IPI's 58th World Press Freedom Hero," he said.

Reacting to the award, Pap Saine described it as big boost not only for him, but for all Gambian journalists.

"It was a big surprise to receive this award, and it will boost the morale of journalists and my paper," Mr. Saine declared.

"It is a big motivation and inspiration for journalists who are fighting for freedom of the press and the interest of justice, democracy and human rights not only in The Gambia, but in all of Africa," he added.

"I must thank my able staff who made it possible to achieve such a big success in my life. My thanks also goes to my family, family of the late Deyda Hydara, our subscribers and advertisers for always giving us the support at all times.

"I would always remember my late colleagues: Deyda Hydara and Baboucarr Gaye, whom I started the paper with in 1991, when there was no independent tabloid newspaper in the country," he added.

He said "the struggle for freedom of the press and to give opportunities to the voiceless will continue."

For Mr. Saine, the Gambian media is undergoing an evolution with the establishment of more private newspapers and FM radio stations.

"The challenge now is for us as a nation to make the country more press-free to enable journalists and media workers do their job effectively, thus contributing to national development," he said, while encouraging the FM stations to also engage in development news reporting.

He said the media situation in The Gambia has been gradually improving in the past several months.

"Journalists as you know are partners in development, and this is the way people should perceive us. After all, we are all Gambians and we owe it to this nation to pay true allegiance and work towards the common good," Mr. Saine said.

"What government can do in the interest of democracy is to abolish all draconian media laws and reduce taxes on printing materials.

"There is need for the state media, particularly the TV to give equal access to all citizens, including political parties," he said, and then applauded GRTS' satellite project which, he added, gives Gambians abroad the opportunity to know about developments back home.

It would be recalled that The Point newspaper in 2006 won the Johann-Philipp-Palm Prize, an international award in Germany, which was received by Pap Saine on behalf of The Point.