Members of the Pan African Parliament want to start a body that will keep law and order, and protect life and property on the continent.

Presented for debate yesterday by the Chairperson of the Committee on Justice and Human Rights, Hon. Ignatienne Nyirarukundo, the bill titled “The Draft Model Police Act,” addresses issues of governance, human rights and justice and spells out the role, functions, powers and duties of a continental police officer.

It further spells out details on appointment, promotion, conditions of employment, resignation and retirement.

The Pan African Parliament is currently sitting in South Africa as part of its routine schedule to deliberate on public affairs issues that touch the well-being of the continent.

Mr Nyirarukundo said the objective of the law is to promote legislative reform on existing legislation governing the mandate, organizational structure and performance of law enforcement agents within the African Union member states.

“The law will significantly contribute to policing in Africa and complement existing reform initiatives of the African Union Commission on human and people’s rights,” she said adding that “the model law will support democratic governance and the rule of law, upholding and promoting equitable and free access to justice.”

Some legislators however raised a red flag on the move saying the proposed legislation raises national sovereignty concerns, and that the continental Assembly does not have full legislative powers as embodied in the Constitutive Act of the AU.

At the moment, the assembly only has advisory and consultative powers and cannot make laws.

“We need the model law because Africa has been associated with a regime style of policing where the police serve the state and not the people,” Hon. Bernadette Lahai from Sierra Leone said. “The model law should be taken to national countries for further discussion such that it’s in conformity with the national constitutions.”

Uganda’s representative in the Assembly Okot Ogong (Uganda) suggested that as part of wider public consultation on the proposed law, the Legal or Rules committee should hold public hearings with various stakeholders and submit a report to the House for consideration by the Members.

The Assembly agreed to consult and enrich the model law with the various nation states’ legislations and then submit it to the AU Heads of States and Government for endorsement.

As of now, not more than five Member States, have ratified the Malabo Protocol that would give the Assembly powers to make laws. Even then, the assembly of Heads of State and Government would decide the subject areas that PAP may propose draft model laws. At least 28 Member States have to ratify and deposit the Protocol for PAP to have legislative powers.

This will not be the first model law the AU has endorsed. Model laws have been adopted on issues of shared concern on the continent. In January 2016, the AU Heads of State and Government Summit in Addis Ababa, Ethiopia, officially endorsed the Model Law on medical products regulation.

This was designed to help African countries address gaps and inconsistencies in regulatory legislation and enable harmonisation. Other model laws in place are the Access to Information for Africa; and the model law on Biosafety in Technology among others. 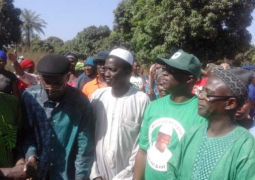 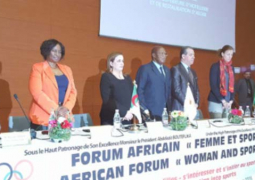