As Africa marks the 50th anniversary of the Organization of Africa Unity and the African Union (OAU/AU), it is becoming crucial for institutions such as the African Union and its relevant organs such as the Pan African Parliament (PAP) to transform into more efficient bodies that will lead the continent into a period of sustained growth and prosperity, said John Mahama, President of the Republic of Ghana.

Speaking at the opening of the second ordinary session of the Third Pan African Parliament, Mahama said at this crucial time in ’s history, the importance of a Pan African legislative body “could not be overemphasized”.

“The AU must hasten its transformation and grant this House (the PAP) full legislative powers to tackle the challenges facing ,” Mahama said.

“These challenges are surmountable and can be overcomed if the PAP makes its transition from a consultative body to a full legislative institution,” Mahama added.

PAP President Hon. Bethel Nnaemeka Amadi said in his opening speech that the PAP Protocol was being reviewed with a view to turning the PAP into a full legislative body.

“The draft Protocol has been submitted to AU member states, their Justice ministers and Attorneys General for review and will be submitted for approval to the summit of heads of state in January 2014,” Amadi said.

African Union Commission Chairperson Dr. Nkosazana Dlamini Zuma urged the PAP to become more robust, efficient and effective and engage vigorously in policy decisions if the continent is to make the next 50 years a period of sustained growth and prosperity.

Such a change of approach will allow , currently witnessing positive political, democratic and economic progress over the last two decades, enhance its political and economic revival agenda.

PAP’s thought leadership efforts should lead to the developing of alternative paradigms adapted to ’s realities and needs, the revisiting of the concept of democracy and citizenship in a globalized society and the building of strong developmental states and fostering regional economic integration.

As the continent looks at landmarks and achievements by the OAU/AU over the last half-century, it will be taking stock of the past 50 years, assessing the present, projecting for the next 50 years, in what the AUC Chairperson described as key priority areas and its Agenda 2063.

The PAP will hold its second ordinary session from 6-17th May, 2013. Highlights of the session will include the launch of the Media Freedom Campaign, the debate on Pan-Africanism and African Renaissance, an address to PAP by the President of the European Parliament and a presentation and debate on the situation in . 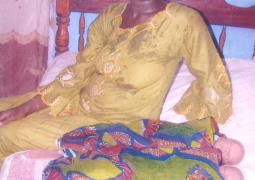 Father Of Triplets Appeal For Support