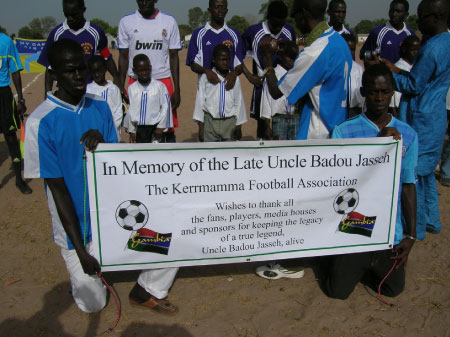 Pakau Njogu FC have secured their place in the final of the on-going late Bai Mundaw Jobe memorial football tournament.

They defeated Kerr Mama FC 1-0 in their semi-final encounter played at Kahel football field on Saturday.

Modou Secka scored the only goal of the game for Pakau Njogu in the 15th minute.

The competition is organised by Kahel sport committee.

Meanwhile, Pakau Njogu will face the winner between Kahel FC against Pakau Saloum FC who are both battling for a place spot in the final of the other semi-final played yesterday.