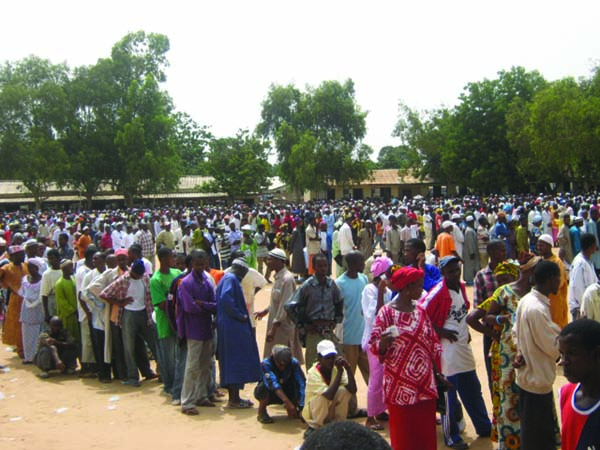 Over 12,000 Guineans living in The Gambia have lined-up at the Serrekunda Primary School to cast their votes in Guinea's historic election held on Sunday.

Guinea is holding a presidential election, regarded as the country's first democratic election since independence.

The army seized power in 2008, following the death of Lansana Conte, who had been in power for more than two decades.

Junta leader Moussa Dadis Camara was later wounded in a gun attack by an aide and General Sekouba Konate, the soldier who succeeded Camara as junta leader, pledged to return the country to civilian rule.

He vowed not to stand or allow any members of his administration to do so.

Gen. Konate was on Saturday quoted as saying that the country was standing "before the judgement of history."

The people of Guinea had 24 candidates vying for the presidency to choose from.

As voting got underway on Sunday, the Guinean consul in The Gambia, Mamadou Alpha Sala Diallo, told The Point "I am happy to vote freely. I must first commend the Government of The Gambia for hosting this important event. We are very happy to vote in The Gambia, which is known to be the most peaceful country," he stated.

Diallo added that Guineans in The Gambia came out in their numbers to cast their votes, because there is obvious expectation that the vote could bring the difference in their country. He noted that it's an exceptional opportunity for them to vote for their choice, and for the development of the country.

According to him, 12, 160 people have registered to vote, the first of its kind.

"I am urging all to demonstrate a high sense of discipline during the course of the election. I am also asking all Guineans to respect the outcome of the vote," he said.

"All we want is peace first of all, and better and decent living standards," said Amadou Diallo one of thousands of those who had queued since before dawn to vote at the Serrekunda Primary School.

Mr. Diallo, who said he'd been residing in The Gambia since 1991, stressed the importance of this election, adding that they are happy about the election.

Sulayman Diallo residing in Wellingara described the voting as very impressive, in the sense that people are coming out in large numbers to cast their votes. He said the reason is that people want to vote for the right man to lead the country.

One Kadijatou Bah, a resident of New Jeshwang, expressed similar sentiments and noted that the election marks a turning point for Guinea in the sense that everyone has the right to exercise his/her liberty, and to cast his/her vote for the right man for the country.

"I am appealing to all Guineans residing in The Gambia to keep the peace throughout the election.

"We are in a foreign country, and are allowed to vote in their country, therefore, there is the need to show a high sense of discipline," she said.

The election results are expected within three days. And, if there is no outright winner, a run-off between the front-runners is due to take place on 18 July. 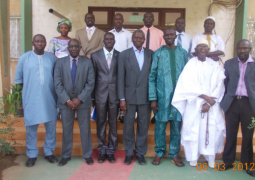