Our friend is Gone!

Habibu Ceesay went to bed last Friday and never woke up again. He died in his sleep. When his colleagues at the Business Digest heard of the sad news about on Saturday morning through the elder brother of the deceased, they were speechless, wondering whether it was a prank. But no elder brother worth his salt would enact such a practical joke.

"How can it be? We were with him just yesterday. And we are in fact waiting for him before we start our editorial meeting?" They told Hassum Ceesay, the elder brother of the deceased.

"He is no more. He passed away this morning," he told the stunned editor-in-chief of the Business Digest.

Habibu had complained of stomach trouble the night before. Stayed up until mid night before retiring in. When his brother went to his room in the room to check on him, he found Habibu dead.

That was how we lost one of the most promising journalists in the country. Throughout his brief but active journalistic career, the witty and friendly Habibu worked at The Independent, the Daily Observer, The Point, Today and finally Business Digest. For all of us who had the privilege of working with him, we will always remember him with fondness. His big hearty laughter that seemed to come up right from the bottom of his belly, his easygoing disposition that endeared him to everyone, and his keen mind that would generate fresh ideas are some of the things we are going to him dearly. It is hard to imagine that Habibu Ceesay is no more. We had always looked forward to his occasional visits because he radiated warmth and sunshine.

One thing his editor would miss is his ability to cut through to heart of a matter. His mind was so incisive that it was so easy for him to pick up the finer details of a matter almost effortlessly. It is painful that such a mind has prematurely gone to the great beyond. Too bad that the good ones die so young! 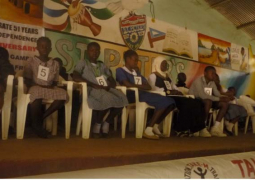 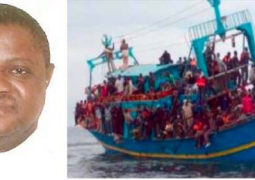