The Super Nawettan Organizing Committee has lifted bans imposed on Sukuta and Bakau at a meeting held at the Serrekunda West Mini Stadium.

Sukuta and Bakau were banned for misconduct during the 2012 Super Nawettan zonal football tournament.

Sukuta were suspended for one year with a fine of D5,000 for damaging properties at the Serrekunda East Mini Stadium, after their 2-1 defeat to Banjul in the quarterfinal last year.

Bakau were banned for two years with a fine of D10,000, after destroying Serrekunda East Mini Stadium perimeter fence and other valuable properties following their 3-2 defeat to Brikama in the Super Nawettan zonal football tournament final last season.

According to Super Nawettan Organizing Committee, Sukuta will pay the D5,000, whilst Bakau will also pay D10,000 imposed on them.

The committee will monitor them in the next three years and if they misbehave they will be expelled from the Super Nawettan.

MDI trains 24 on tailor made strategic management, others 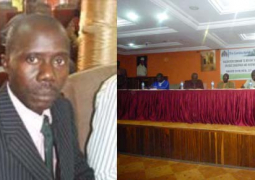