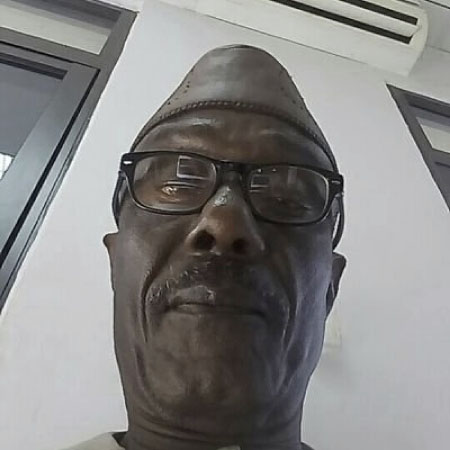 Loss of valuable development funds occurs because too much of the national scarce resources are being used in a way that is not effective and at worse not necessary.

I want to express my thoughts to powers that be in the country for the simple reason that wasting valuable public resources by a government system that is already on its knees needs serious attention if The Gambia wants to achieve its national development objectives,reduce national stress and build a healthier and stable economy.

Recently, I was privileged to participate in a civil society forum to which several government experts were also invited to deliberate on the management of public finances. There was this young man who claims to belong to a group I will refer to here as,“national budget architects” for the past thirteen years. He gave a vivid description of how the budget lines are drawn, citing funds for development and emoluments.

“Emolument is a no-go area” he said, advancing that the government conducts virement of funds from development component of the budget to pay for emoluments component each time there is budgetary shortage. He insisted that public servants had to be paid. That is correct you-work-you-get-paid as the saying goes and you go home to take care of your family with your earnings (emphasis mine).

I was befouled by such expression that I took for meaning that personal emoluments have precedent over development and that individual well-being is greater than the collective wellness of the nation. Not only that but I was inclined by my own calculations to understand the motives that motivate public servants to keep doing virement here and there each time to avert budgetary shortages.

Yes, it is a scandal. I could not figure out the head or tail because I could not understand how group of experts should fail year-after-year-after-year to effectively let ends meet and ensure proper disbursement of public funds as it was designed, approved but when it comes to implementation, trouble starts. I am still wondering.

Then I awoke one morning to realize that, there is something fundamentally wrong with the manner in which the public sector disburses and uses funds in the course of implementing fiscal policies.

Was the budget not properly planned, properly managed and/or properly implemented or “maa tey” syndrome is in control.

The other day, a local newspaper carried an advert calling for vendors to supply foodstuff to the Office of the President. The amount to spend was in excess of 11 million dalasi, just to feed the President. The advert referred to, started to make rounds on social media and of course it was talk of town.

I quickly found out that the office of the President has employed over 129 house cleaners and that all of these employees are fed breakfast, lunch and provided with transportation in addition to their monthly emoluments.

Eleven million dalasi is spent feeding over 129 employees in addition to their pay and other benefits, brings to question: how much in total is the whole government machinery unnecessarily spending annually on feeding staff that are on the pay roll.

Mind you this is happening in The Gambia public service and not schools. I am referring to adults gainfully employed and being fed like school children.

The Gambia populace want to experience a new year free from extravagancy. Not effective and not necessary government spending at the expense of development is putting stress on the national development agenda. Period.

So is it not time for the government of President Adama Barrow to call a convergence of top economist (plus anti corruption campaigners as observers), in the country to conduct simple arithmetic to access the cost of providing free meals to public servants who are supposed to be on salary, wages, privileges, per diem,  soft loans, and many more benefits and are permitted by the Head of the Gambia Civil Service to improperly over stretch the “national fiscalcircuit”.

The national economy should not be allowed to function like offering of “zakat” or behave like a charitable organisation. Government public sector workers consume just too much of public funds that should have gone into furnishing the hospitals, provide school supplies/equipment including school busing system and other development needs of the country.

So then, is the President and by extension Head of The Gambia Civil Service/public sector ready to abolish free meals in government establishment or will maintain the unnecessary dishing out of public funds to favour public servants who are already on the pay roll and say that favouritism is not corruption or corrupt practice. That waste of public funds does not amount to abuse of trusted authority. That virement is not a risk to the national fiscal policies and neither is it tantamount to financial indiscipline nor criminal behavior.

Meanwhile permit me to drop the curtains for now. I shall return.