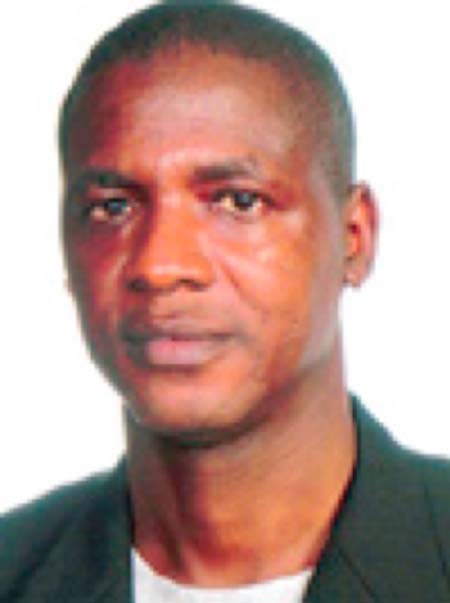 When the new government took over in The Gambia earlier this year, people danced in the streets and hoped for a brighter political future that would dispense with fear and antiquated laws.

The coalition campaign agenda principally included a Presidential two- term limit.  In other words, no president will be in power for life.

Presidential term limit provides a way to deliver power into the hands of the people and strengthen democracy.  It changes national goals from individual power of the leaders to public service and the good of country.

Fossilized leadership which entrenches itself through manipulation and control of party politics is an anathema to the principles of democracy and growth. And democracy is something that goes beyond simply being an inheritance for citizens of our country.

Gambians have had more than our fair share of political leaders with megalomaniac and monopolistic political tendencies who continued to rule and refused to give way even though it was obvious that the time for change had come. Presidential term limits were/are intended to, among other things, protect a democracy from becoming a de facto dictatorship where a leader would effectively have monopoly of power with the likelihood of almost declaring himself/herself ‘president for life’ as Yahya Jammeh desired to cling to power in the example of the reality that obtained in Uganda and Zimbabwe. This can suffocate new talent and stifle a democracy.

The two-term limit provision is a very important feature in the constitution of the most powerful democracy: The United States of America. Section 1 of the 22nd amendment to the US Constitution provides that:

It has often been said that whilst American Presidents leave office with dignity and grace, Westminster Prime Ministers cling to power to the very end and are often forced out of office in indignity and disgrace.

The empirical evidence demonstrates that there may be merit in this and this is one reason why the Gambian people must add their voice to limit the tenure of president to two terms or ten years.

Some 95 countries worldwide have term limits of two terms for their Heads of Government and we must do everything to make The Gambia become the 96th country to have term limit.

In our relatively young life as an independent nation, we have had more than our fair share of good and bad experiences. Gambians have seen some of the darkest days, and have experienced some of the most remarkable changes since we attained independence with significant and historic constitutional measures which are designed to put power back into the hands of the ordinary people.

Re-defining our democracy in a way that reflects the thinking of today’s people, and defending the people’s right to decide and command their Government can very well emerge as the single most important legacy our generation leaves behind.

There remains a constituency of persons scattered far and wide throughout The Gambia who believe our system of governance should morph into a creature that resembles the American system of governance. In America, a presidential election is held every four years; and Americans find themselves at the polls principally to elect a man or woman who they feel suits the job. However, the man or woman who secures the job is only permitted to hold that position for four or eight years.

I have always opined that the American system of limiting the number of terms a president is elected is a significant and historic constitutional measure which is designed to put power back into the hands of the ordinary people.

Applying term limits to persons who serve as President can have a significant and positive impact on governance.

It is a democratic principle to ensure that just as someone wins such a high office, and earns such a privilege, the way is left open for others to also aspire to high office.

There can be no monopoly, no lease, no mortgage, and no sense of ownership of the position of president.

This means that there can be no more open-ended dictatorial leadership. You serve, you do your best for a stipulated time, you give way to someone else.

When we talk about transfer of power, this is how to ensure that it’s carried out in a peaceful and orderly fashion, unlike the most recent experience we had.

And, what this provision will also do becomes even more important for second term presidents.

It means that such a person will not be bogged down or driven by campaigning for re-election to continue in that position beyond a second term.

That person will have the time and focus to concentrate on service to the people by capitalizing on the opportunity of a second term to complete transformative change.

It is a responsibility that each successive generation takes on, protect its, to enhances it, promotes it and secures it for generations to come.

To cease to change is to cease to exist and the time has come for change.

I end by echoing the words of President Barak Obama who said:

If I did not know better I would have sworn that there was a certain presidential aspirant now in government who campaigned on the platform, among many other promises, that the term of the president would be limited to two terms only. That promise certainly took on wings and flew into the political abyss. 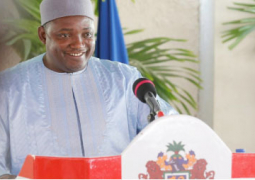