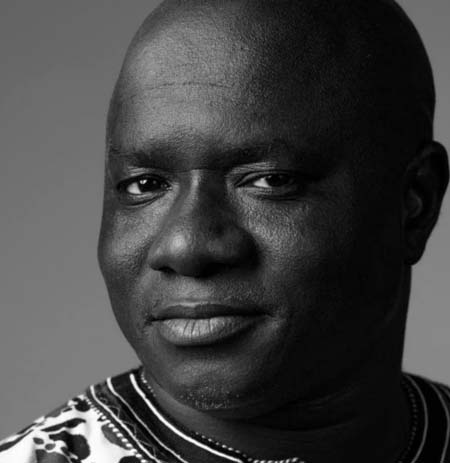 Workers of the Gambia, Unite! Stand Up for Your Rights and Welfare!!

Once again May Day is coming on Monday. In the Gambia this very important event has been popularly known for the May Day sports at the Independence Stadium which begins with a march past from Bakau Police station. This is followed by speeches from the minister responsible for employment as well as representatives of the workers union. The workers union would usually give a set of recommendations for the improvement of the conditions of workers while the minister would merely give a bunch of empty promises. The rest of the day is then spent on sports and fanfare. Effectively no one cares about the speeches because nothing ever comes out of them.

Firs of all I want to remind Gambian workers that May Day or Labour Day is not about sports and fanfare. It is a very serious business that came on the hard struggle of workers since 1886 in Chicago in the United States in defense of the rights and welfare of workers. It was on 4 May 1886 that workers in Chicago first staged a protest to demand the 8-hour working day as well as condemn the killing of workers by the police the previous day, May 3.  During the protest a bomb was thrown into the striking workers killing dozens of them. Since then several conferences and strikes by workers were held in the US and Europe, leading to the declaration of May 1 as International Workers Day in 1891 as a commemoration of the 1886 Haymarket Massacre in Chicago.

In light of the foregoing it is therefore important for the Gambian worker to change his or her perspective and approach to Workers Day, which has been scandalously misused and abused by the APRC Tyranny. Since independence, more so since 1994 May Day has been used to ignore the very conditions of Gambian workers and made into a jamboree for Yahya Jammeh. This must stop so that we begin to now focus on the very issues and concerns of Gambian workers and the Gambian nation, which is the very purpose of May Day.

The fact remains that workers of the Gambia are abused, misused, underpaid and disrespected in all sectors of our economy. Even though we have a Labour Act and other laws that protect the rights of workers such as the Women’s Act, the fact remains that Gambian workers face poor and exploitative working conditions. One just has to go to the supermarkets for example to see how young Gambian men and women are being overworked and paid little. In the tourism sector one can find the same exploitation of our workers as waiters, waitresses, porters, houseboys and girls and indeed as cooks and security officers, etc.

In our GSM companies, banks, petroleum companies as well as insurance firms, commercial farms and other companies the necessary incentives and rights of workers are ignored with impunity. Furthermore, many young women are discriminated against for employment because they are feared to get pregnant. This can be seen even within the NGO sector and other areas. While our private sector companies make super profits, yet the Gambian worker goes home with pittance after long hours of hard work in poor working conditions. This is unacceptable.

When it comes to the public sector, our workers are hopelessly paid less with horrible working conditions. In many public offices across the country workers have limited tools and facilities for safety and hygiene. Poor toilet facilities, poor living quarters, lack of Internet and lack of transportation and other incentives remain major obstacles for our workers. There are limited opportunities for upgrading skills. Yet heads of institutions, MDs and CEOs continue to enjoy immense benefits at the expense of the rank and file of these institutions and companies.

Incidents of sexual harassment and unfair dismissal are prevalent in our public institutions, private companies and NGOs. In many private companies workers are not given appointment letters while their fair share of social security contributions are not paid. Above all taxes on workers are so high when they do not have the commensurate services and facilities that should come from their tax money. In essence there are absolutely no safeguards for the Gambian worker. It is therefore no wonder that numerous Gambians work all their lives only to retire in poverty.

What is even more painful is that Gambian workers pay social security from their meager income only for it to be wasted by Social Security and Housing Finance Corporation (SSHFC). It is obvious that SSHFC provides almost no services for our workers. Their housing projects are so expensive that the average worker cannot afford them. Yet it is because of the money paid by our workers that have made the SSHFC the richest parastatal in the Gambia. Yet what do they provide to the Gambian worker and pensioner?

SSHFC has built no workers hospitals. They provide no subsidies to retired workers for their medical bills while young or new workers have no incentives for education, housing or capacity development. Yet we can all recall how SSHFC bought Ocean Bay Hotel for 45 million dalasi and then spent another 260 million dalasi to refurbish it in 2004. They also used our money to give generators to Yahya Jammeh as well as built a useless housing estate in Kanilai when workers across the country have no good living conditions. In some countries such as Senegal we see how social security institutions build low cost high-rise apartments for workers. Rather in the Gambia SSHFC has failed to do that but would honour Yahya Jammeh’s executive directives to give away millions of dalasi of workers money. We need our monies back!

Yet despite all these abuses of workers and misuse of our resources, there are limited avenues for workers to seek accountability and redress. The industrial tribunals, the Ombudsman or the Labour Office have been unable to ensure effective justice and protection for our workers. Meantime the sweat and labour of the Gambia worker are being enjoyed by employers while our people languish in poverty and destitution after decades of employment. This is unfair, unacceptable and workers must unite to stop it. We need the labour laws to change to ensure effective protection of workers’ rights and their welfare.

Hence when we reach this year, I want to call on all workers to stand together to stage protests and demand real change in the lives of workers. We do not need fanfare and empty political rhetoric. We must put it to the government of Adama Barrow as well as to employers in the public, private and civil society sectors that Gambian workers and pensioners have enough of it. No more abuse. No more exploitation. No more oppression. We want decent lives, better pay and better working conditions. We want respect and protection and the fulfillment of our rights and needs. Gambia workers are the foot soldiers who will develop the Gambia. Unless we are respected, protected and empowered the Gambian worker cannot be expected to fulfill their rightful role in national development.

For this reason let the workers also pressure our employers in all sectors to respect ad protect our rights. Review and re-organize your staff associations to become true pressure groups in your offices, institutions, companies and organizations. Staff associations must not only be for gala dinners, picnics, staff parties and ashobi. We must demand real change in our lives.

Let us call on our trade unions, professional associations and employee networks to stand up for the workers. These include the GCCI, TANGO, GPU, GTU, the transport union, the workers confederation, the Gambia Bar Association, the Medical and Dental Association, the farmers associations, the public health workers association and many more to stand up for workers. Let us draw up workers charters to list the rights of employees and the responsibility of employers as the accountability tools and processes for the protection of our rights and welfare.

Workers of the Gambia, Unite. We have nothing to lose but our chains and the whole world to gain!