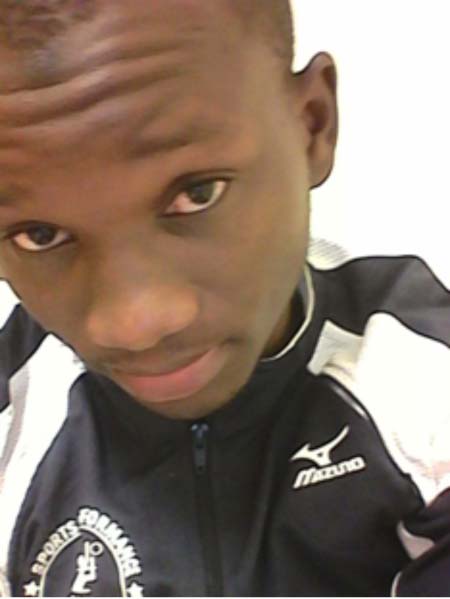 Africa has been politically backward and naïve throughout the last century with so many atrocities, anomalies and injustices. Its children thought that, one day, things will be better, but since the era of independence dawned the situation has remained the same or even got worse. Ills, evils and self-destructions of all kinds continue to plague the African continent.

Africa has lost its natural, human and material resources to wars and massacres. Coups and counter-coups have continued to play havoc with African society. Should confidence have been reposed in the statements of the likes of Kwameh Nkrumah, Thomas Sankara and Patrice Lumumba, to the effect that Africa’s problems will turn to brightness? Is there any optimism for Africa? Will African children live to see this happen?

One may ask why Africa has remained the poorest continent the world has ever produced. The answer is simple.

The intolerance and lack of respect for one another among Africans combined to invite trouble in Africa. Africans are killing each other and destroying the continent’s resources all because of these leaders’ power hunger. It is enough to mention the gun rule and slaughtering of people in Liberia and Sierra Leone, and killing of innocent civilians in Cassamance (southern Senegal) among others. These indicate that African leaders are themselves responsible for Africa’s underdevelopment and political mayhem. With this era of political ignorance and naivety occupying Africa, there is more than ever need for a continent, indeed a world, without leaders or political borders.

As we entered the dawn of the new millennium, intellectual sycophants have started howling and trumpeting that it will be a millennium of African peace and development. One renowned intellectual was quoted as saying that “in the next millennium, Europeans will come to Africa as refugees.” Is it not during this prelude stage of the millennium that floods occurred in Mozambique, killing hundreds of people? That hunger and starvation entered Ethiopia? That thousands died in Nigeria as a result of the religious wars? That mass religious suicide occurred in Uganda? That the senseless land dispute heated up in Zimbabwe? And the wars in Rwanda, Cassamance and Burundi intensified?

With these madness’s in our midst, only the insane would predict a bright future for Africa. Until socialist politics is introduced in Africa, the gloom of this “Heart of Darkness” shall continue.

Historically, the wildlife, natural resources, and culture have made Africa a highly valuable continent to the western world. Africa has gathered the attention of western tourists, western explorers, and western imperialists from all over. As such, Africa has been heavily influenced over time by western interests.

The parading of malnourished and naked African children in front of cameras and images of lions and gorillas in the jungle, have dominated most Western media news outlets over the past two decades. The presentation of African news by Western media convinces the audiences in United States, Europe and other parts of the world that the entire continent of Africa is hopeless, poverty and disease stricken. Images of skyscrapers, well developed road networks and other manifestations of modern development in most African countries are usually absent in the mindsets of Western media audiences. (Ahmed Mheta, 2015).

Western Medias when reporting tends to focus on the negative and not the positive. Bad news sells well. People feel better about their lives when they hear others have bigger problems than them. A European who’s unhappy he can’t get a mortgage, will, however unwittingly, likely see his life in brighter lights after watching footage of people with no electricity, no running water and little food to eat.

So when a foreign journalist enters a space in which he speaks the formal but only understands the informal, a great deal will necessarily be lost in translation. I believe that it is in this space that most of the mistakes occur when writing about Africa. I argue that most Western journalists who come to Africa believe that they can get by because they speak English or even Swahili, but never really get down to the essence of what it means to be a South Sudanese in war for instance, an essence that is fundamentally related to the ability to be able to switch between the three or four languages and their attendant identities. (Nanjala Nyabola, 2014)

Even before the age of exploration, countries have been acting based on their own personal interest. It was during the late 1800s that the western world really started to explore deeper into the heart of Africa. What the explorers found was an abundance of land and resources. The only thing standing in their way was a group of primitive people with spears, not guns. Through this technological advantage, Europe was able to successfully claim Africa, its people and its resources as its own. Seeking only to reap the economic and territorial advantages, settlers created quick local governments and didn’t bother industrializing Africa. When countries in Africa began to win their independence, these newly formed countries were left hundreds of years behind the western World, with corrupt governments in control.

African states must be reconstructed based on African culture, history, traditions, norms, values, priorities and needs (however these are defined by Africans). It uses history to demonstrate that African political system radically and permanently altered after Slavery to serve minority and western needs. To reverse this trend, Africans must first recapture their economies such as development implies Africans’ control over the resources within their borders for the sole benefit of African child, man and woman. African people must also realize that they have to take ownership of their own development and democracy, based on the African context.

Therefore we need to recognize that Africa’s interest differ from those of western countries. The Africans want to live in dignity, economic, self-determination and peace, while the Western countries want cheap Labor who accept and inferior position in a western dominated world and market for their goods western countries also want to exploit African’s natural resources at their own interest. Given the nature of the relationship between African and western states, the Africans cannot industrialize unless the process is controlled by a small white minority.

Furthermore conflict, war disease and epidemics will depopulate the continent to such an extent that it will never  be able to compete in the international economy, African countries and people will eventually self-destruct under the combined impact of war, famine and disease, acting as efficient checks on population growth.

The west has United States of America consisting of 52 countries, they also have the European Union, but why are they against the united states of Africa? Because they don’t want to see Africans to speak in one voice, So that they can make friends and enemies, because the pan African will be termed as their enemies and the greedy, selfish and the self interested African leaders will be their friends. On these note Africans will never surface without being united and speak in one voice.

In conclusion, for the continent to be the united states of Africa. African leaders must work as a team towards accomplishing   the mission and vision statement of Africa, and Africa need to solve it own problem without the emergence of any foreign policy, as we are independent countries.

Sait Matty sail to 1st round in FA Cup competition