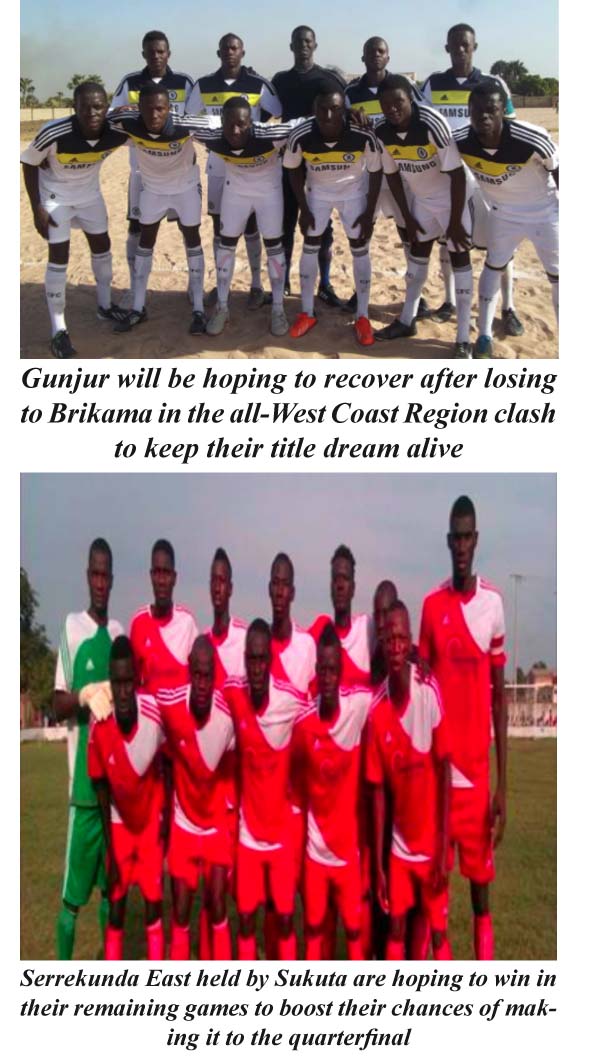 The Sateyba boys made an astonishing start to the game and launched several goal-scoring attempts.

Gunjur were reduced to ten men in the 11th minute of the game after centre-back Saikou Jatta was sent off after tackling striker Omar Jobe from behind.

Brikama opened the scores through prolific striker Omar Jobe in the 23rd minute of the game from a stunning strike to give Sateyba boys the lead.

The South boys responded for an equalizer and came very close to levelling the scores through striker Saikouba Ceesay in the 40th minute of the game but his brilliant volley went over the cross bar.

Gunjur levelled the scores through striker Saikou Ceesay in the 43rd minute of the game from a clinical finish from Famara Jatta’s cross to cancel Omar Jobe’s 23rd minute strike.

Omar Jobe came very close to scoring the second goal for Brikama in the 57th minute of the game but his shot went away.

Prolific striker Omar Jobe grabbed the winner for Brikama in the 59th minute of the game from a corner spot to complete his brace.

Substitute Simon Bass aka Super Chanka could have levelled the tally for Gunjur in the stoppage time after slashing through Brikama’s defence but his shot went away.

Bakau came from one-nil down to draw 1-1 with BEM at the Serrekunda West Mini Stadium.

Brikama are leading group B with maximum 3 points in one game following their 2-1 win over Gunjur in their opening group game, Bakau, BEM, Serrekunda East and Sukuta are all each with a single point in one game.

Gunjur are currently languishing at the bottom in group B with zero point after losing to Brikama in the all-West Coast Region derby game and are hoping to bounce back in their remaining games to keep their title hopes alive.