The National Youth Parliament of The Gambia (NYP) on Wednesday celebrated its tenth anniversary on the theme ‘Drugs and Substances Exploitation a Hindrance to Youth Development’.

Speaking on the occasion held at the NYP office in Kanifing, the speaker of the NYP, Hon. Aminata Hydara, revealed that some of their objectives include empowering young people with knowledge and skills to enable them fully and effectively participate in the decision-making process, especially on issues affecting them.

She added that the NYP is also encouraging and promoting the participation of young people in addressing socio-economic, political and cultural issues.

She noted that they also promote culture of peace for development among young people at different levels.

Ms Hydara further noted that they also organises forums for young people to discuss issues regarding reproductive health and rights, national politics and other matters of national interest.

She however raised some of their constraints such as inadequate capacity, inadequate donor funding, retention and participation of members, among others.

Previous:
Get tough on the go
Next:
Philanthropist donates to Kwinella Community Nursery School 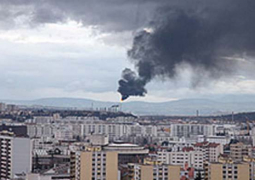 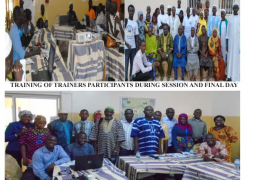