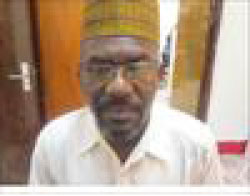 Nyada Yoba Baldeh, an agriculturist, has authoured another book entitled: Education Made the Difference.

According to information gathered by this paper, this is the third book authored in two years by the author, Nyada.

Among the books he earlier authored are: Ten Issues Plan for Agricultural Transformation in The Gambia, and A Hand Book on Training for Development.

These books are said to be must-read books as the contents are relevant to Gambian lifestyles.

Mr. Baldeh is an agriculturist by training. He studied in Nigeria, Uganda and the Virginia State University.

He also has a wealth of experience in Agriculture. His first job was Agriculture, from where he proceeded to pursue high education in the field of agriculture.

Baldeh worked in various parts of the country and in different capacities, before climbing up the ladder to higher positions as permanent secretary in the Ministries of Environment, and Agriculture. He also served as the Director of the defunct National Agricultural Agency for Development (NADA).

He is now a retired civil servant and a development consultant. Baldeh uses some of his time to write books and this latest one is one of such.

In this book, one will read about preservation of the flora and fauna. At one time, when he was at the National Environment Agency, he was confronted with the challenge of taking a decision against the growing number of hippopotamuses that destroy people’s crop (rice fields) in the Kuntaur areas. One of the hippopotamuses was nick named Binladin. Baldeh then took a firm decision of authorising the killing of the hippo.

The book discusses the advantages of planting more trees. It encourages the use of better water and soil conservation methods and practices.

Reading the book one will be equipped with the advantages of having more rain fall, as the less rainfall and less fresh water flow from the Futa Djalon highlands, the more likelihood of increased salt water intrusion up the river, as was the case sometimes ago.

The book also looks at educating children in the early 60s, a strong decision parents need to take in order to make a difference in their lives.

A decision his father Yoba Mara Baldeh, a truck driver took at the time. His father did not only send him (a male child) to school but with his half sister, a decision which was then seen like a crazy idea by other village elders. This was a time, when most people in the upcountry saw western education as tantamount to converting one into Christianity.

Education plays a very important role in transforming the life of the author, hence the title Education Made Difference.

The author made comparison with his contemporaries in the village who did not have the opportunity to go to school. Also, those who unfortunately for one reason or the other dropped out of the school system. These are now elders in the village with little wealth or none. They continued to live in the traditional round huts with large families.

Education Made Difference is a must-read book and one can find it at the Timbooku Bookshop Garba Gahumpa Road for only D575.

Fate of Lang and Co to be decided November 12 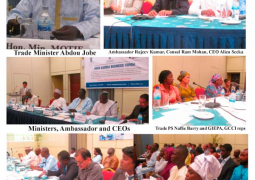