The training was organised by the NSGA in collaboration with various institutions.

Speaking at the event, the programme manager, Nova Scotia Gambia Association (NSGA), Abdou A. Kanteh, said this year’s summer school brought together peer health educators from 10 schools within the West Coast Region, adding that each school was represented by peer health with equal gender-based representative.

Mr Kanteh added that the peer health education had good summer classes for the past 4 weeks and during which the PHEs were taught topics such as water and sanitation skills and strategies, drama, tobacco and drug addiction among others.

According to him, the deadly Ebola virus formed part of topics taught during the summer school as a preparatory stage to NSGA’s response in the fight against Ebola.

He disclosed that they are currently raising funds to sensitize the Gambian population about Ebola virus in the area of population.

He noted that access to clean water and sanitation is a fundamental human right and essential to life health and dignity, adding that it is internationally recognised that sanitation and hygiene should be improved.

Mr Kanteh urged the beneficiary students to make the best use of the knowledge gained and not to be selfish but to share the knowledge with their colleagues who could not witness the event.

The Regional Educational Directorate for Region 2, Babucarr Suwareh, who doubles as the guest speaker of the occasion, said the primary purpose of many summer schools is educational or cultural development.

He said the school health programmes could help children and adolescents to be better educated in health matters.

He noted that families’ religious institutions, community centre, government programmes, and the mass media must also support the principles of good heath and water management.

He urged the students to utilize their knowledge and share it with others. 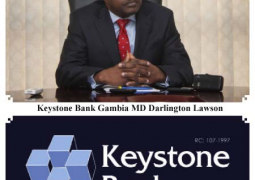 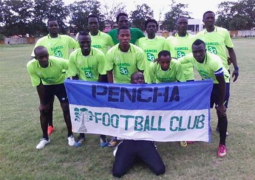