Leeds United goals were scored by Modou Gaye and Alieu Jammeh in the 13th and 21st minutes, while Ball Conge FC's consolation goal was scored by Ousman Touray in the 75th minute.

Leeds United the winners of the championship went home with a trophy and a cash prize of D10, 000 while the runners up Ball Conge FC collected a consolation prize of D7, 000.

The keenly and well-contested encounter was witnessed by the President of the Gambia Football Association, Seedy Kinteh, the Secretary General of the Gambia Football Association, Jammeh Bojang, the Director of Youth and Sports, Malang Jassey, the Development Officer of the National Sports Council, Abdul Aziz Tiatawo Mendy, officials from Banjul Breweries Company Limited sponsors of the Super Cup final, officials from Global Properties the sponsors of the Nawetaan, officials from Gamcel, among other delegates and fans from Serrekunda East and environs. 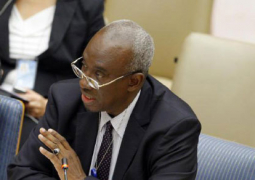