The police have preferred multiple criminal charges against one Svien Age Sandaker, a Norwegian national, at the Bundung Magistrates' Court before Magistrate Christiana Johnson Lyon.

He pleaded not guilty, and was subsequently granted bail of D50,000, with two Gambian sureties with landed property within the Greater Banjul Area. The court also ordered that the accused person's travel documents be seized from him.

According to the particulars of offence on count one, between 2009 and 2011, at Brufut in the West Coast Region, the accused, Svien Age Sandaker, being a tourist sexually abused five underage children.

Count two stated that in the same place and date, the accused, being a tourist, took an indecent photograph of the five underage children.

Count four stated that the accused, at the same place and date, being a tourist indecently assaulted the five underage children by touching their private parts. 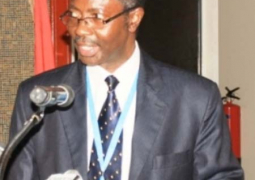 Call for Youth to venture into farming