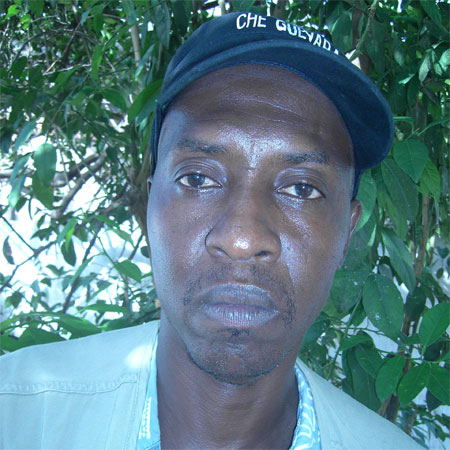 In yet another instance of criticism against the Gambian Judiciary, Mr Cherno B.M. Barry, alias Joe Barry, a Gambian based in , has expressed total dissatisfaction and frustration over what he perceived to be the lack of lustre and inordinate delay in the manner his case is being handled by the Banjul High Court.

Mr. Barry's comments came in the wake of a three-year delay in the administration of justice in a building development contract between him, being the owner of the proposed building, and one Alieu Jagne, his contractor.

According to Joe Barry, it all started way back in 2000 when he returned to The Gambia after being in for so long, in an effort to develop a plot of land he acquired in Bijilo. "I came back from with over 200,000 krona to start constructing my house in Bijilo and I met with Mr Mamour Jagne, Managing Director of Arab Gambian Islamic Bank and he introduced me to Alieu Jagne, his own nephew, to be my contractor. I handed over the project to Mr. Mamour Jagne to be the co-ordinator and he agreed to the proposal.

"He then opened an account for me at his bank and we made all the arrangements and I then left for leaving the contract with Alieu Jagne and Mamour Jagne as the co-ordinator," he claimed.

Mr, Barry went on to express his dissatisfaction with the way and manner in which the contract was progressing. "After returning from , I visited the project and found out that nothing was done as agreed and almost half of the account was withdrawn," he charged.

This, according to Mr. Barry, prompted him to take legal action against the contractor and the case was taken to the Banjul High Court where the defendant accepted liability "within five minutes."

According to Mr. Barry, despite the fact that the defendant accepting liability, the case is still dragging as it is being adjourned from one day to the other. "The case was to proceed on 3rdJuly which I attended but the defendant failed to turn up and it was adjourned. It resumed again on 8thJuly and nothing was also done and it was then adjourned to October in my absence when I was at the Sheriff Division waiting the scheduled time," he said, adding that such does not tell well about the Gambian judiciary.

He noted, "Am tired and sick of these adjournments. I spend thousands of dalasis just to come from and attend the case but any time I come, the case is adjourned. I would have decided to stay in like many Gambians do, but I decided to come back because of the love I have for my country.

"I pay more than 100,000 annually just for rent because all my hopes was on my compound which I spend hundreds of thousands of dalasis but yet still, I cannot have my compound ready," Mr. Barry fumed.

He then appealed to President Jammeh and the Chief Justice to intervene and make sure that justice is done in the earliest possible time. "Justice delayed any where and at any time is justice denied. After so many years now, my case have been dragging at the High Court which in my own opinion is not good for the image of the country's judicial system," he concluded.