No more Super Nawettan unless…

The fate of the biggest locally organized Gambian football competition, the now suspended Super Nawettan, is still in limbo, three days after the authorities gave orders to stop it in a bid to curb the frightening level of violence in at least two locations, Banjul and Brikama.

The suspension, according to officials, would allow all stakeholders to review and assess the safety of the matches before things get out of hand.

In the latest official pronouncement on the fate of the competition, the Gambia Football Federation (GFF) number 2, Buba Star Janneh, told The Point in an exclusive interview that there would be no Super Nawettan for now or even later, unless the national security authorities give the clearance for it to resume or to be totally cancelled.

‘’It can be simply said that without a professional security directive from the security authorities there would be no Super Nawetan,’’ he said, adding, ‘‘when we met in the aftermath of the suspension, we had recommended measures that included adequate provision of security through working  and planning with the security themselves, rather than just picking a few of them to come police matches that involved huge numberS of overzealous and vulnerable youths travelling from long distances to and from venues.’’

Asked if those measures included centralizing all matches at the Independence Stadium which would be easier to control, the GFF vice president said that was one of the proposals tabled at their meetings.

However, he continued, the key deciders of the fate of the competition remain the security authorities of the nation, who are currently engaged in reviewing and assessing the situation in order to give professional advice on the matter.

‘’The best method to ensure adequate security in competitions is sit down and plan it with  the security themselves, as happens  in the case of international matches. The same method should be applied in all domestic completions,’’ he concluded.

Meanwhile, the GFF has issued a public statement on the circumstances leading to suspension of the tournament, and steps taken to address the issue. Below is the full text of the statement:

The Gambia Football Federation informs the general public of its regret that the 2013 Skye Bank Super Nawettan has abruptly been halted due to crowd troubles in recent matches. This decision is in consultation with critical stakeholders with a view to surgically analysing the problems that bedevilled the recent impasses before any uplifting of the indefinite ban would be announced.

The Organising Committee of the tournament and the GFF Executive met in closed doors and have formally agreed on proposals over the continuity of the Super Nawettan. The stakeholders will henceforth adequately engage security Chiefs and to formally seek their expert advice on the venues fit for matches. In fact, it has further been proposed that all matches would now be shifted to the Independence Stadium so as to ensure that fans of the different zones are far apart from each other with a view to minimise the chances of troubles arising. The Security personnel would henceforth be posted to mount checks on the stands to deter spectators from any forms of misconduct that could result to violence hence most of the troubles emanate from the stands.

Besides, in order to avoid divided attention, the GFF and the Super Nawettan Organising Committee are considering the possibility of playing two matches a day instead of three ( one at 3pm and the other at 5pm). It is believed that such a strategy will consolidate efforts and thus help to ensure that there are hitch free matches.

The GFF and the Super Nawettan Organising Committee urges all zones to adequately sensitize their fans through radio talk shows and other means prior to their respective matches. The GFF further urges the zones in their preparations to freely engage the decision makers, opinion and religious leaders and village elders to sensitise community members on the need for discipline and show of respect.

The GFF Executive again warns that the consequences of misconduct should be clearly communicated to the fans; players etc as the GFF will not at any cost condone unsporting behaviours. The body states unequivocally that the individuals who were found wanting for the various criminal offences will be prosecuted accordingly.

The GFF Executive and the Super Nawettan Organising Committee are in talks with key stakeholders to quickly address the standoff and would formally announce the lifting of the indefinite suspension of the tournament when all measures are been filled.

While thanking all stakeholders for the collaboration, the GFF Executive takes this opportunity to further solicit the support of the general public for the years ahead and reassures its undivided dedication to the development of Gambian football. 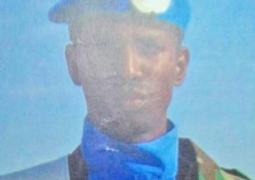 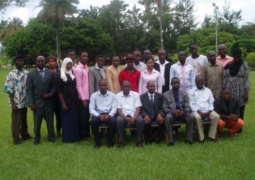