The National Literary and Debating Society recently concluded a one-day workshop for students on the dangers of anti-social behaviour as well as drug abuse among young people. The workshop was held at The Gambia College. The NLDS is an association that aims to promote the academic excellence of students in schools and improve their speaking and writing skills.

Speaking at the closing ceremony, the president of the organisation, Mr. Mballow, commonly known as professor Mballow, said drug abuse resistance education and other social ills resistance should be included in the upper basic school curriculum. Mr. Mballow revealed that the project will be influenced by friends and partners of the organisation, DOSE and twin partners in the . He added that the gravity of the problem of poor performance in school is a symptom of a lack of good behaviour and indiscipline among students. He said it may also be indicative of the misuse of learning materials and or the use of drugs at school going age.  The total well being of the learners in a safe and healthy environment is another important aspect for students. According to him, an association like the NLDS can help set up a drive to promote and improve quality education.

For her part, Miss Mariama Badjie, the secretary general of the association, said that drug and substance abuse should be categorized jointly with all forms of smoking. Miss Badjie asserted that cannabis and tobacco should be regarded in the same way and children should be protected from cigarettes. According to secretary Badjie, NLDS was officially launched on with a total of 25 members. Other speakers included Mr. Camara, the vice president, and Mr. Davies advisory board chairperson of the association both expressed similar sentiments. 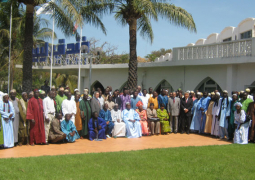 NTA and the Schools