Following the national launch of the consumer parliament by the Public Utilities Regulatory Authority (PURA) recently, many stakeholders have raised eye-brows at the selling of sim cards in the street without the particulars of the subscriber being taken.

The issue of how to regulate the selling of the sim cards in streets was debated during the launch. According to the managing Director of PURA, Mr. Alagie Gaye, the issue of how to regulate sim card selling has been raised by many stakeholders. He said his department has been receiving complaints pertaining to the sim card issue but when contacted for clarification the feedback the GSM service providers have given is not encouraging.

The whole idea was supported by the Hon NAM for Kiang Central who said that the sim card issue is very important and it sometimes causes problems for consumers when they are sold in this fashion. He said some people are the victims of such problems without even knowing it.

In response, the representative of the both GSM Service Providers said their offices are doing their best to take all their subscribers details before selling any sim cards to subscribers. "But what we realised is that the sim cards are transferred from one hand to another and this sometimes causes some of these problems making it difficult to trace," they said. 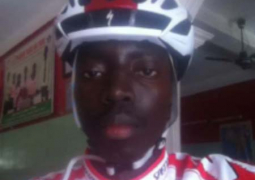