The Seventh edition of the National inter departmental Sports Association (NISA) will officially kick-off March 29 at the independence stadium in Bakau.

In an interview with Pointsport yesterday, the Secretary General of NISA, Saihou B.Jarjue, said before the opening, NISA selection will play with the Scorpion Fans Club, and the event will start with a march pass commencing from the Daily Observer ground to the Independence Stadium.

He stated that sixteen companies will participate in this year's tournament noting that the opening will be between Gambia Armed Forces and the Immigration Department.

He pointed out that every company will register 25players and five officers. The grouping is as follows, group A includes KMC, Africell, Lebcom, and , while group B comprises of , SSHFC, Immigration, and Police.

The key note address will be delivered by the president of NISA Major General Lang Tombong Tamba. 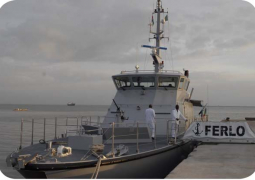