The case was scheduled to proceed with the cross-examination of the defence witness number two by the prosecution, but did not proceed because the state prosecutor, Daniel O. Kulo, was absent from court.

When the case was called, defence counsel Abdoulie Sissoko informed the court that the state prosecutor was absent, and applied for an adjournment which was granted by the trial magistrate.

The case was then adjourned till 20th August 2012, for the prosecutor to cross-examine the DW2, Ebrima Drammeh, former Director of Internal Security and Operations at the NIA. 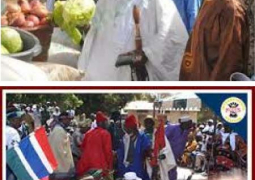