Following the successful conclusion of the Normalization process and election of a new executive of The Gambia Football Federation (GFF) last week, thenewly elected Executive Committee will make a courtesy call on the honourable Minister of Youth and Sports Alieu Jammehtoday Wednesday at the Independence Stadium Boardroom at 10 am.

This will be the first interface with the MOYS after President Kebbeh’s victory at the July 31st GFF National Congress.

Not long ago, in a separate development, Minister Jammeh hailed the new era in Gambian football underlining it as shining example of the sanguinity in Gambian sports.

Many observers believe Minister Jammeh and the new young leadership of the GFF would get along, especially after expressing his wish to see a younger generation of leaders in Gambian sports. 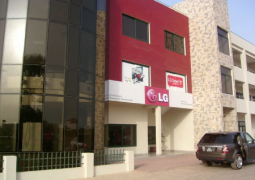