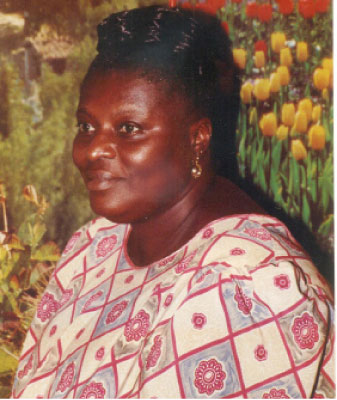 This topic when viewed seems to be philosophically oriented but it is a topic that deals with the reality of death. In today’s issue, the Christian Panorama relates to the reality and mystery of death which is the inevitable.

Truly death is inevitable because no human person that lives can avoid dying. The South African Singer, Miriam Makeba in a song, relates the mystery of life, saying “life and death seem to go together.”

In the Book of Ecclesiasticus, the scriptures state “there is a time for everything; a time to be born and a time to die.” This significantly brings to light that in life everything is possible; otherwise there is nothing new under the Sun.

Death being inevitable is a fact of life because whilst people are born everyday, people also die everyday. Someone once remarked in a Sermon, people die every day, every hour and every minute in the world that we live in. It is only that death should be understood and accepted from two perspectives, i.e.: faith and religious and non faith and non religious.

Death is as old as humanity since it existed according to the Bible, when Adam and Eve, the first human beings lived. They lived and died and since then death had existed from one generation to another. The Bible in the Old and New Testaments narrates the death of Adam, Noah, Abraham, Moses, King David and King Solomon and the prophets of God up to John the Baptist. Even the death of Jesus is recorded in the Scriptures especially in the four gospels of Mathew, Mark, Luke and John (Matt. 27:45-50,  Mk. 15:33-41,  Lk. 23:44-49,  Jn. 19:28-30)

In the theological and faith expression of Christianity, death is not an end or the end of a person’s life. Christianity professes the life after death. This explains the significance of the faith that is expressed in Jesus Christ who died and rose from the dead.  His death and resurrection for Christians means that the Christian’s faith and hope in the life after is assured. Jesus’ death had to come about as a means of salvation for all Christians who hold unto such faith.

A lot of Christian families have through the death of their loved ones faced the inevitable nature of death. Friends, relations, parents, brothers, sisters, husbands and wives have died but they pray for them with deep faith in the Resurrection of Jesus Christ, Lord and Saviour.

From the desk of the Christian Panorama, we sympathise with many who mourn their dead. It is our wish that we leave with them the consolation of the words of scripture:

There are many families that have recently lost their loved ones especially Mr. Felix Ceesay and family, who lost a mother, wife, sister and friend, Late Mrs. Jennifer Ceesay.  May God bring consolation to the family and open the gates of paradise to Aunty Jenny. Amen.