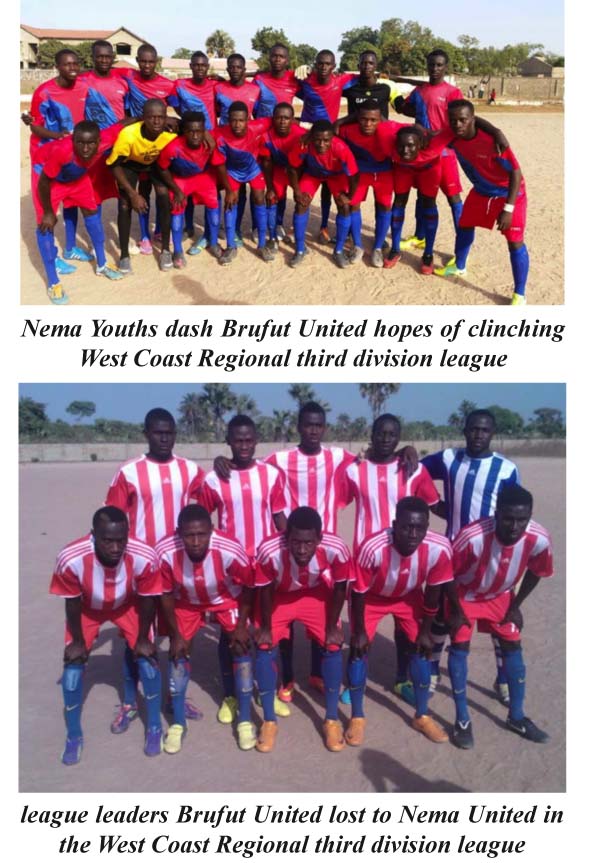 The Sukuta based outfit beat the Coastal town boys 1-0 all Kombo North derby clash played at the Brufut Football Field.

Despite their slender defeat to the Sukuta based outfit Brufut United are still leading the West Coast Regional third tier with 33 points in seventeen games five points ahead of second place Gunjur United, who have grabbed 28 points in sixteen games following their 2-1 win over Foni Berefet United at the Gunjur Nyamina Football Field on Sunday.

Sifoe United are still third despite their 1-0 defeat to Nema United at the weekend, Jambanjelly United, Busumbala and Nema United are fourth,fifth and sixth places with 24 points in seventeen games.

Kombo Kerewan and Nema Youths are seventh and eighth place with 22 points in seventeen, Brikama are ninth place with 19 points in sixteen games with game in hand against M.L Dertusa. 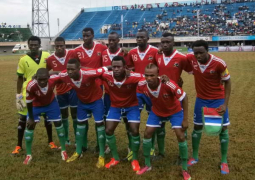