Musa Boye, former employee of Hotel Management Training, has sued his former employer at the Industrial Tribunal in Kanifing for unlawful termination of his service, claiming D926, 800.

He claimed interest of 25 percent and costs.

Ebrima Garba Cham, the Secretary General of the Gambia Workers’ , represented the plaintiff.

According to the particulars of claim, the plaintiff was at all material times employed as a carpenter by the defendants.

The claim stated that on 16 June 2011, the plaintiff was declared redundant due to the low season by the Kololi Beach Club management, and it was discovered that management did not apply the principle of first-in last-out as stated in the Labour Act 2007, Section 93 Subsection 20 (ii).

The plaintiff further claimed that the management accepted that the plaintiff’s case was genuine, but was reluctant to redress the matter.

The particulars of claim indicated that the case was reported to the Labour Department, which called the defendants to a meeting.

Musa Boye went on to claim that the case was reported to the Labour Department, in which the same Sections 57 and 93 of the Labour Act 2007 were put across to the management to redress the matter, as the plaintiff had a good case, and that the plaintiff was unfairly dismissed.

The claim stated that there was no valid reason to dismiss the plaintiff, because the principle of first-in last-out was not applied by the management.

The plaintiff, Mr Boye, further claimed that, as a result of unfair dismissal, he suffered loss of employment and income, and claimed damages and compensation.

The plaintiff finally sought the tribunal’s indulgence to grant him the orders prayed. 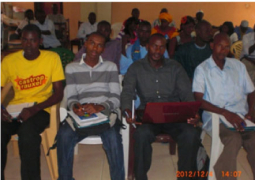